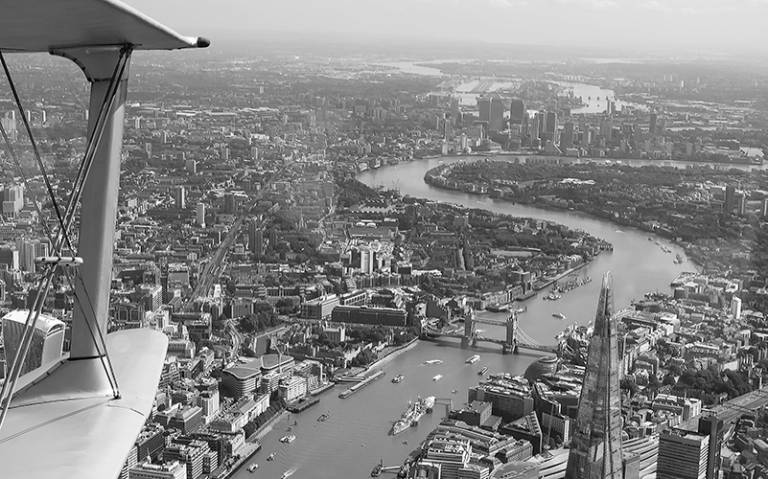 This informal lecture series runs throughout spring and summer on selected Thursday evenings and is open to staff, students and the public.

This informal lecture series invites speakers to explore current trends in the making, process and design of our built environment, looking at how new technologies are shaping the future of the spaces around us. Discussions include themes of spatial criticality, accessible spaces, bio-futures and the future for women in architecture and design.

This term, we will hear from artists, architects, designers, scientists and other interdisciplinary practitioners who are at the forefront of their industry and understand how different disciplines influence and challenge the thinking of other practices.

This series is discursive and offers opportunities for students, academics, industry professionals and the wider public to learn from and question the people who are constructing the realities we inhabit.

This events series is free and open to all and no booking is required. Keep the conversations going and enjoy complimentary light refreshments before and after the lecture. 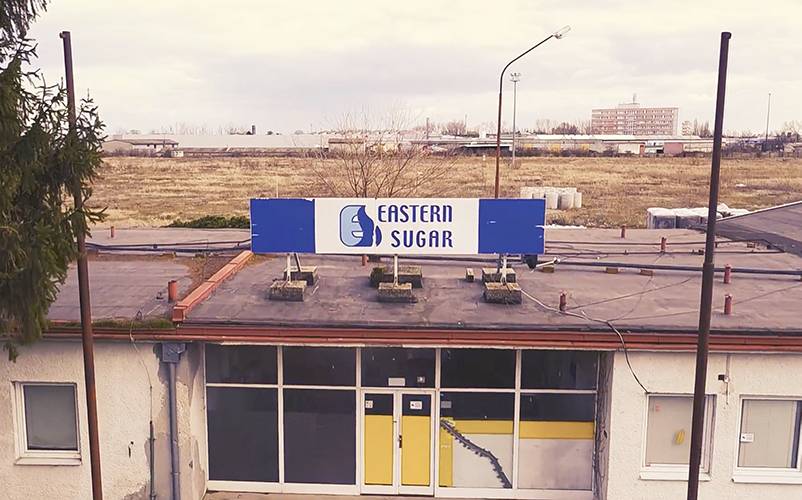 Architect and artist Apolonija Šušteršič and artist Ilona Németh present their approaches to the critical analysis of space. They discuss the interventions they produce in response to this, suggesting new possibilities of how to exist within these environments.

Apolonija Šušteršič is an architect and visual artist. Her work is related to the critical analysis of space, usually focused at the processes and relationships between institutions, cultural politics, urban planning and architecture. Her practice is embedded within interdisciplinary discourse and includes collaborations with other professionals such as architects, urban planners, curators, sociologists, and members of the public.

Ilona Németh is an artist, professor, organiser and curator based in Slovakia. Her artistic practice is a search for the balance between personal experience of growing up in a country marked by plenty of political turmoil and the universal history of the Eastern Bloc countries during the transition period from 1990 until now. She was professor, head of the Studio IN, leading International education programme Open Studio at the Department of Intermedia at the Academy of Fine Arts and Design in Bratislava between 2014-2019. Ilona's solo project Eastern Sugar was recently presented at Kunsthalle Bratislava. She exhibited widely both locally and internationally and represented Slovakia (together with J. Suruvka) at the 49th Venice Biennale in 2001. Architect Jos Boys, with artist Abi Palmer and engineer Sarah Jones, share their experiences and approaches to accessible environments, each challenging the perception of space in a different way.

Jos discusses her work with Dis/Ordinary architecture, developing a summer school for blind and partially-sighted students to study architecture and her attempt to move away from privileging the visual. Abi shares some of her new written work Sanatorium and discuss her experience of disability through the relationship between bodies and spaces. Sarah discusses her role as Global Leader of Accessible Environments within Arup, a large engineering practice, and the challenges and possibilities for supporting more accessible environments in the future.

Jos Boys is Senior Lecturer in Environments for Learning at The Bartlett and has worked in feminist and community-based design practices for many years. She is co-founder and director of The Dis/Ordinary Architecture Project – a collaborative platform that develops a variety of initiatives bringing together the creativity of disabled artists with architectural students, educators and practitioners.

Sarah Jones co-leads the Arup Accessible Environments Consultancy and works across all sectors giving advice about inclusive design. She has been an Inclusive Design Civic Trust Awards Assessor since 2012 and is a member of the British Standards Society, and the Chair of the Building Standards Group. 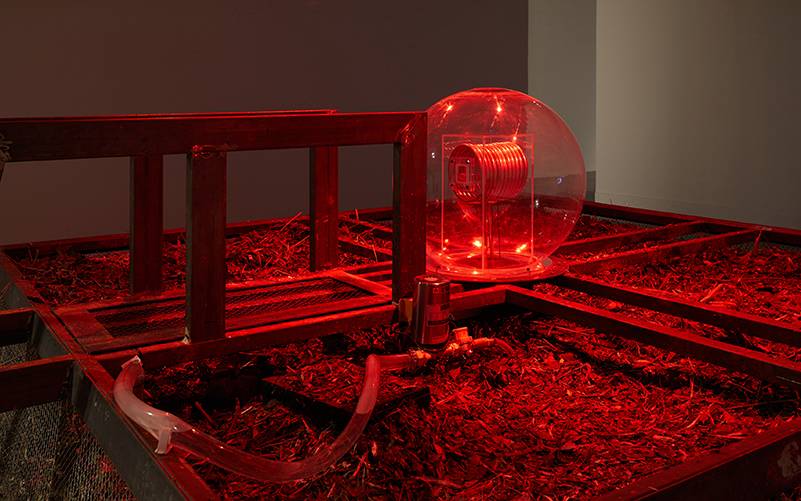 Oron Catts shares his current work, which combines artistic exhibition and scientific and techno-cultural research to highlight the growing phenomenon of manipulating and engineering life for utilitarian ends.

Oron Catts is the Director of SymbioticA, a biological art research centre at The University of Western Australia. Under his leadership SymbioticA has gone on to win the inaugural Prix Ars Electronica Golden Nica in Hybrid Art (2007) the WA Premier Science Award (2008) and became a Centre for Excellence in 2008. Oron is an artist, researcher, designer and curator whose pioneering work with the Tissue Culture and Art Project, which he established in 1996, is considered a leading biological art project. His ideas and projects reach beyond the confines of art; his work is often cited as inspiration to diverse areas such as new materials, textiles, design, architecture, ethics, fiction, and food. 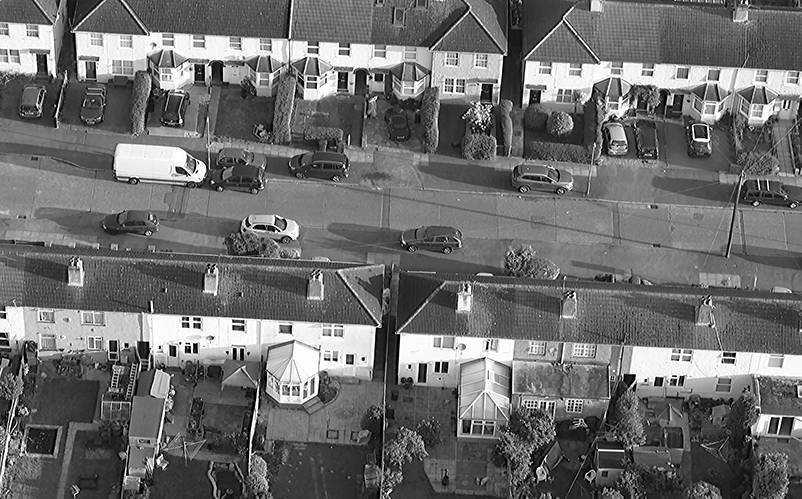 Artists and researchers Henrietta Williams and Merijn Royaards share their short-film collaboration, Aeronautica, exposing the gradual dominance of our aerial landscape from surveillance, whilst also touching on the alluring beauty this new viewpoint provides. Following a screening of the film, Henrietta and Merijn discuss the production of the work, the nature of their audio-visual collaboration, and the possibilities that film making offers to extend architectural research methods into new forms of artist practice.

About the film
Aeronautica, by Merijn Royaards and Henrietta Williams

Taking its name from a book documenting a famous early balloon journey from London to Weilburg in Germany, Aeronautica tracks the shift in the aerial viewpoint from one of sublime spectacle to military dominance and destruction. It is an aesthetic exploration of the emotional force of the distant ‘God’s-eye-view’, in which the viewer becomes complicit in the beauty and horror of destruction.

Henrietta Williams is an artist and urban researcher, who's practice explores urbanist theories, particularly considering ideas around fortress urbanism, security, and surveillance. Since 2017, she has been a Teaching Fellow at The Bartlett School of Architecture, where she is currently working towards an LAHP funded PhD by design, that critiques drone surveillance technologies and the history of the aerial viewpoint. The output of her research will comprise of a written thesis alongside video installation works, performances, and a printed archive. She also teaches on the Situated Practice MA, where she writes and co-ordinates a module called Mediated Environments, in which students make video work that critically engages with the urban landscape through the essay-film form.

Merijn Royaards is a sound artist and producer guided by convoluted movements through music, art and architecture. His recent PhD thesis and installation series, Altered States, explores the state-altering effects of sound, space and movement from the Russian Avant-Garde’s experiments in the 1920s to today’s clubs and raves.

This event is supported by UCL Urban Laboratory.

This event has been cancelled in response to the Covid-19 pandemic. 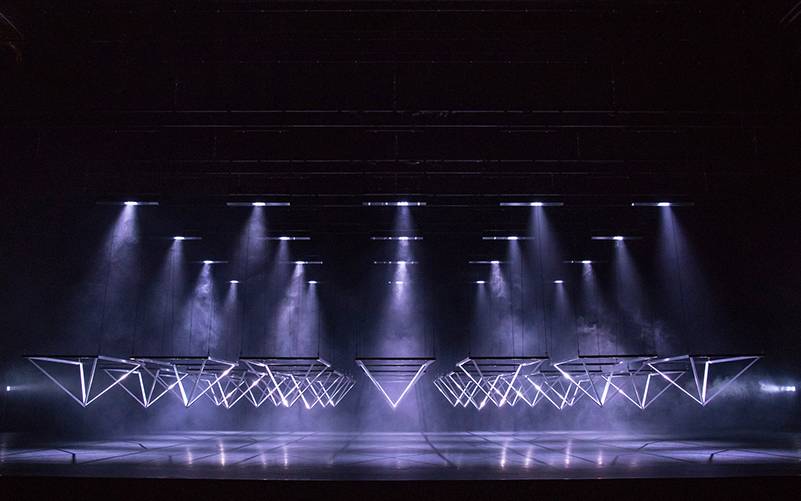 Ben Cullen Williams explores the role of performative architecture and sculpture in imagining and designing possible futures. He shares some of the processes behind his immersive installations and his interest in the in-between space created with the overlap of digital and physical environments.

Ben Cullen Williams is an artist, whose practice consists of sculptures, installations, photography, video and collaborative projects. In his work, Ben explores mankind’s relationship to the world in a rapidly changing environment; he focuses on key issues such as liminality, global, local and personal and the Anthropocene.

Ben’s work has been shown internationally in a range of spaces, galleries and environments as well as in collaboration with a range of different disciplines and fields. His work operates on a range of scales from the human sized to those of architectural proportions.