Insect-borne diseases like malaria, dengue and zika account for more than 17% of all infectious diseases worldwide. What if we could prevent this by changing the way we build? 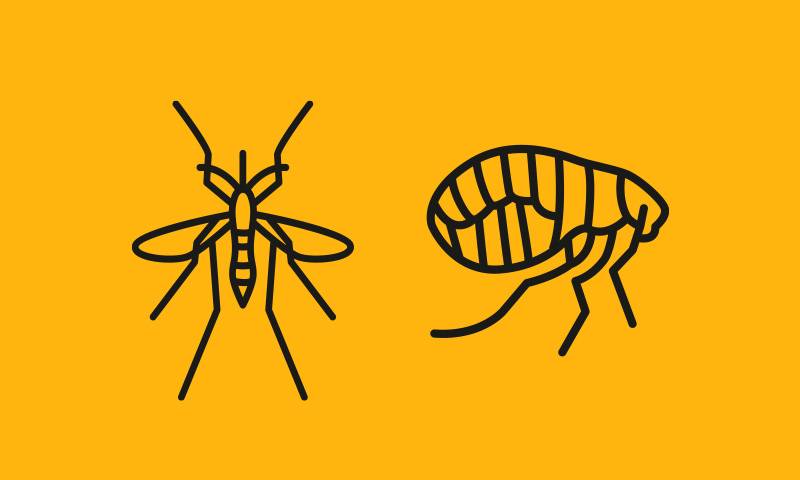 A purpose-built house in rural Malawi is soon to host one of the year’s more unlikely natural history documentaries. Two unfortunate volunteers will pose as bait while, every night for 30 nights, researchers with infra-red cameras will film attempts by 500 Anopheles mosquitoes, Africa’s most potent malaria carriers (for this experiment, specially bred to ensure they do not carry the disease), to enter the house for a meal. The experiment will investigate how effective variations in the house’s design – researchers can open, close or screen the eaves and windows – are in keeping out the mosquitos.

Welcome to the brave new world of the BOVA (building-out-vector-borne-diseases) Network. Led by Durham University with The Bartlett’s Institute for Environmental Design and Engineering (IEDE) as a key partner, BOVA has commissioned the Malawi study, along with seven other experiments currently in the field across Africa, as part of a radical interdisciplinary approach to preventing insect- or vector-borne diseases such as Malaria, Dengue and Zika disease by improving the built environment.

These account for more than 17% of all infectious diseases worldwide, causing more than 700,000 deaths annually according to the WHO. Malaria causes more than 400,000 deaths every year globally, most of them children under five years of age. More than 3.9 billion people in over 128 countries are at risk of contracting Dengue, with 96 million cases estimated per year. Other diseases such as Chagas disease, leishmaniasis and schistosomiasis affect hundreds of millions of people worldwide.

Historically, much research about the spread of these diseases focussed on water and sanitation, neglecting the built structures in which transmission takes place and therefore missing a vital trick. Changes to the built environment – screening doors and windows, or preventing accumulation of standing water around the home, for example – can have a huge impact on preventing disease.

Part of the reason for the neglect boils down to obstacles associated with combining the insights from diverse professions and academic disciplines. “Vector-borne disease experts and epidemiologists remain largely divorced from architects, engineers and urban planners,” says Michael Davies, Professor of Building Physics and the Environment at IEDE, who co-leads the BOVA Network alongside Principal Investigator Professor Steve Lindsay at Durham University.

Generally, such disciplinary obstacles have held policy initiatives around the built environment hostage to a multiplicity of unintended negative consequences. Increasing the air-tightness of building – as sustainability experts are wont to do to reduce the energy lost in keeping the contents warm or cool – means reducing the ventilation through which indoor pollutants can escape, increasing certain health risks, for example. “A systems-based approach is needed to maximise co-benefits and minimise the negative unintended consequences,” says Davies.

A second BOVA-funded initiative in Kenya, which combines the efforts of engineers, entomologists, social economists and public health experts, indicates just how far across disciplines a successful disease prevention initiative needs to stretch.

Led by Ulrike Fillinger of Kenya’s International Centre of Insect Physiology and Ecology, the work is focused on the dirt floors common to so many homes in rural Africa. These are a fertile environment for sand fleas, which carry tungiasis, a parasitic skin disease that affects millions of people in Sub-Saharan Africa – especially children and the elderly – but attracts little attention from donors, scientists, governments and health workers.

The fleas do their early development on loose sandy soil. With few poorer householders able to afford concrete floors, this makes household floors – specifically those of children’s bedrooms – infestation hotspots.

Engineers begin the process, developing and testing different floor technologies for durability and water permeability. Entomologists will test prototypes in trial houses to see how effectively they exclude the sand fleas, while public health experts monitor the house occupants for newly embedded fleas. Meanwhile, a social economist will investigate whether the floors appeal to homeowners and will work with the engineers to bring down their costs.

Researchers believe that if a low-cost flooring can be developed that’s affordable for most families and subsidised or micro-financed for those that cannot afford it, it will reduce the prevalence of tungiasis and the suffering it causes.

A cornerstone of BOVA’s interdisciplinary approach is working closely with the local community. “Most of the time, the communities have the answers already. Initiatives like this are about communities and participation, going beyond architecture, buildings or the disease itself to see how communities can be engaged,” says Dr Hector Altamirano, Associate Professor at the  IEDE and BOVA Deputy Network Director.

He points to a third piece of research funded by the BOVA Network, designed to help local people establish profitable businesses to clear the built environment of the sort of objects that facilitate the spread of disease-carrying insects.

The rubbish that accumulates in a built environment – unused plastic containers, bottles, buckets, tires and so on – are perfect vessels for the small surface water pools in which disease-carrying insects love to breed. But they are also the ingredients of profitable trash recycling businesses, since much of the rubbish can be repurposed for a profit or sold on.

Consulting the local community, BOVA’s Francis Mutuku and his colleagues at the Technical University of Mombasa in Kenya found that community members were keen to launch such businesses but lacked the start-up funds, mentorship, and skill-building they needed to do so. This is what the next stage of his work will provide. By helping start independent community-owned businesses, it circumvents the weakness of previous programmes in Kenya and Mexico, which worked only as long as donors or the government have been in place to pay local people to do the work.

Trash is the most productive mosquito habitat in this region, so Mutuku expects to improve health by reducing mosquito-borne diseases – such as dengue and chikungunya viruses – and to alleviate poverty by generating income.

The interdisciplinary element to initiatives like Mutuku’s ‘trash to treasure’ project will have even more to offer as the global population, especially in the emerging world, expands. Africa is on the cusp of a continent-wide residential house-building boom, that will be required to accommodate its rapidly growing population – set to grow by 42% to 1.68bn in the 15 years from 2015 and 2030, according to the UN – in a manner that shifts citizens out of the informal slum-type accommodation that still predominates in many areas.

Focusing on the huge environmental and emissions consequences of this shift is only part of the puzzle, notes Davies: “You must ensure that the homes are still affordable and healthy to live in.”

The lead provided by BOVA Network in joining up the work of discrete professions, organisations and government departments will be invaluable in ensuring that the built environment of tomorrow delivers everything it can to those it serves. If the Network succeeds in proving the concept of interdisciplinary work in such projects, it could have a fundamental influence on the health and welfare of the next generation.

Research by Durham University’s Professor Steve Lindsay, Principal Investigator and co-leader of the BOVA Network, suggests that the replacement of traditional thatched-roofed, mud-walled houses, with metal-roofed, cement block or brick-walled houses has helped combat the spread of malaria in sub-Saharan Africa.

Between 2000 and 2015, malaria infections in sub-Saharan Africa dropped by half and clinical disease by 40%, mainly due to the massive deployment of long-lasting insecticidal nets (LLINs), indoor residual spraying (IRS) and prompt diagnosis and treatment with effective antimalarials. However, in many places malaria started to decline before the large-scale implementation of malaria interventions.

An experiment by Professor Lindsay and colleagues published in May 2019 found that the mortality of Anopheles gambiae, the principal African malaria vector, was 38% higher in metal-roof houses than thatched ones. During the day, mosquitoes in metal-roof houses moved from the hot roof to cooler places near the floor, where the temperature was still high, reaching 35ºC.

“Our findings are consistent with the hypothesis that the indoor climate of metal-roof houses, with higher temperatures and lower humidity, reduces survivorship of indoor-resting mosquitoes and may have contributed to the observed reduction in malaria burden in parts of sub-Saharan Africa,” Professor Lindsay and colleagues conclude in the paper.

The amount of deaths caused by Malaria every year globally, most of them children under five years of age. Source: WHO