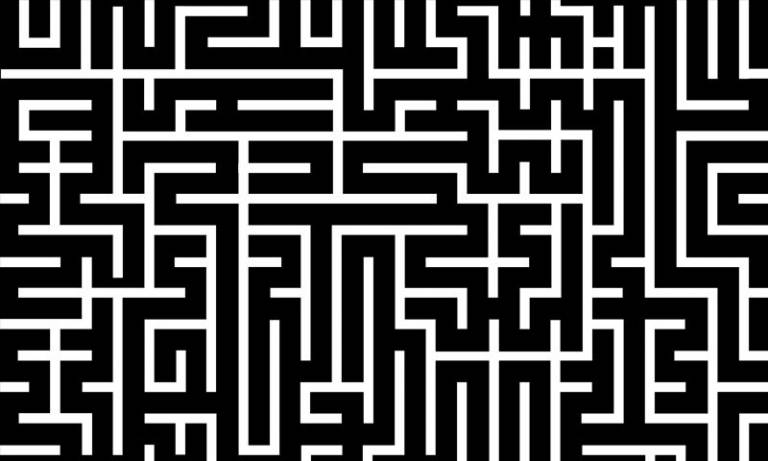 The number of people with dementia, worldwide, is expected to double to more than 130 million by 2050 and, with no cure in sight, people struggle for years with the disease as they become increasingly disoriented and forgetful.

The so-called ‘dementia timebomb’ poses a huge challenge to governments and one problem in developing effective treatment is that dementia tends to be diagnosed only when it has already caused extensive damage to brain cells. If there were a test to diagnose it earlier, the potential for treating and ultimately for curing the disease could suddenly grow.

That test may not be far off now – thanks to a video game. “I see a lot of patients that have spatial navigational problems early on,” says Michael Hornberger, Professor of Dementia Research at the University of East Anglia. “But,” he explains, “until now diagnosis has focused on memory problems, which tend to develop later.  Assessing navigational skills is hard to do within the physical confines of a doctor’s clinic and there is no norm against which to compare patients.”

Hornberger noticed how many video games involve navigation and wondered whether gaming could be the key to early diagnosis. He began to explore the idea with UCL’s Dr Hugo Spiers, an expert in spatial cognition in the Department of Experimental Psychology, whom Hornberger had met when studying for his PhD at UCL. “I knew I’d have the clinical insight and Hugo would have the navigational insight,” Hornberger said.

Then the two had a stroke of luck. Saatchi and Saatchi, the global advertising giant, phoned Hornberger saying they had a client who wanted to invest in a dementia project. “I thought it was a hoax,” he says, “but I gave them my idea.” The result was an extraordinary collaboration across academic disciplines in seven different research institutions and between academia and the private sector, through which a team of researchers, led by Hornberger and Spiers, created Sea Hero Quest.

The video game, in which players must complete tasks while driving a pink boat through arctic waters and around tropical islands, has generated a dataset that dwarfs that of conventional dementia research: more than three million people worldwide have played it since it was launched, with huge publicity, in May 2016.

The largest previous similar study, according to Spiers, involved just under 2,000 people. Dr Ed Manley, Data Analyst at The Bartlett’s Centre for Advanced Spatial Analysis (CASA), played a key role by advising on how to handle the data to ensure it is as robust as possible.

“We need people to keep playing as many different levels as possible.”In the game, players have to find their way through mazes, send flares back to where they came from and chase animals to photograph them.The environments become increasingly complex and disorientating as the player progresses through 75 levels designed to test people’s ability to use a map and remember it, the routes they choose and the decisions they make at junctions. Basic demographic information (age, gender, country of birth etc) was also gathered, anonymously, about all the players.

“There are lots of assumptions that people choose routes to optimise time, but the route they choose is often skewed by different things like landmarks,” says Manley. In his previous work on London minicab drivers (which first brought him into contact with Spiers), he found that people often chose routes that passed the River Thames, parks or Euston Road.

“There are lots of assumptions that people choose routes to optimise time, but the choice is often skewed”

“What’s interesting with studying navigation in a videogame,” Manley explains, “is that, because we know what people can see at any point, we can get more data on what influences people.”Manley was brought into the Sea Hero Quest project once it was well underway, but, despite not being involved from start, he has found it hugely rewarding.

“It’s harder doing interdisciplinary work. The process might not be as fluent as usual, but the gains are bigger. Generally you’re doing something novel. You’re contributing to a bigger goal. I’ve never been involved in an application of data on this scale, and for health,” he says.

“It’s a better outcome for my research than optimising traffic flows!”Others who do not usually work on health found the experience rewarding too. Three experts in mapping designed landmarks and other features of the game to test people’s sense of direction and decision-making with scientific precision.

“Each level of the game was designed to give a specified ‘intelligibility measure’ – how maze-like and confusing or how navigable and understandable an environment is,” explains Ruth Conroy Dalton, a former senior lecturer at UCL and now Professor of Building Usability and

Visualisation at Northumbria University’s School of the Built and Natural Environment, who designed the maps for each level of the game. Landmarks, such as a big tower on the horizon or a group of penguins, were categorized by colleagues at ETH Zurich and Bournemouth University as ‘highly-salient’ or ‘non-salient’ and then rated for intelligibility according to whether they are situated on a main route or in a more obscure location.

“Usually this rating is done retrospectively, to assess how navigable a building or a space is in the real world,” Dalton explains. “What was new here was that we were deliberately trying to design a level with a specific intelligibility value and place the landmarks accordingly. I call it reverse intelligibility.”

The team went through rounds and rounds of testing to ensure that the tasks, when adjusted to the aesthetic demands of the game makers, would still produce the data needed. And they are aware that some in the scientific community will question whether the results from a virtual study can ever be as reliable as a laboratory study (see box ‘Number crunch’).

The team released their initial findings on a preprint server at the end of 2017. They say it is the largest dementia study ever carried out. “We now have the data to establish a benchmark for normal navigational skills for men and women at every age in over 50 countries,” says Spiers.  The team believe their research has confirmed crucial facts that were suspected but not previously proven due to the cost and time required to test navigation skills in laboratory conditions.

“We have found that, from the age of 20  onwards, people’s ability to navigate begins to decline,” says Spiers. “Previous studies had studied performance as people get older but this is the first study to look at every age.” The data also shows that men are better navigators than women. The third, more surprising, finding is that people from Sweden, Finland and Denmark were better navigators than others, which implies that the norm against which dementia patients are compared should be different in each country.

Spiers believes that the data may ultimately help to create a test that can distinguish between the many different types of dementia – currently patients are often diagnosed with Alzheimer’s-type dementia solely based on brain scans. He refers to one study he and Hornberger were involved in that used virtual reality to test between Alzheimer’s and frontotemporal dementia.

It showed that the frontotemporal dementia patients were good at pointing back to where they had come into a supermarket whereas Alzheimer’s patients were not. Spiers also believes that, if drugs can be tested on patients diagnosed at the earliest stage of the disease, the results may be more promising than trials have been for existing treatments.

Trials could also use Sea Hero Quest, he suggests, to test patients’ navigational skills before and after treatment.  Hornberger has begun trials with dementia patients to develop a diagnostic tool based on the findings from Sea Hero Quest. “I don’t think the game itself will be a diagnostic tool,” he says. “But we’ll be able to extract the most sensitive features to create one.”

Once the team publish its first few papers, Hornberger says, “we hope people will realise that gaming is just a new vehicle for conducting population-level research”. “Our project shows that a big commercial company can support groundbreaking research and complement charity and government funding streams.” 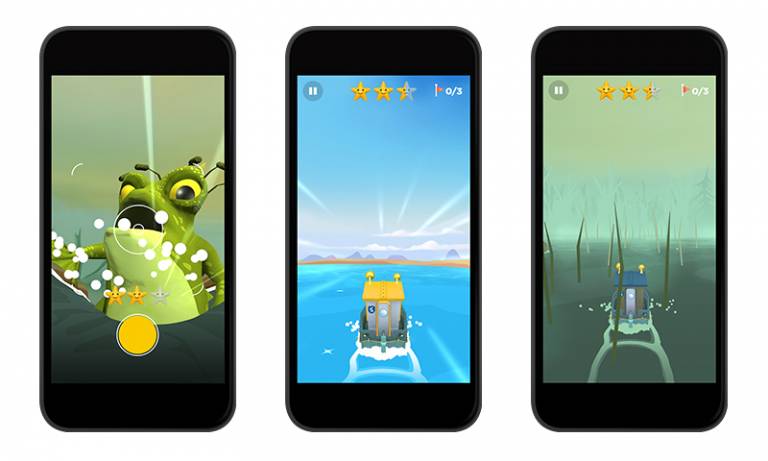 Using data collected from a video game for research presented huge challenges in terms of how representative it can be. CASA’s Ed Manley explains: “this is because with a cohort – a self-selecting group ñ thereís an inevitable bias towards certain countries and age-groups. People who like gaming may be more likely to play.”

“Sea Hero Quest was carefully designed to appeal to older people, making sure, for example, that the steering mechanism was easy to use. Yet 55% of the three million who played were between 18 and 25 years old and only 11% of all the players were over 55.”It is impossible to be sure players answered questions honestly.

So data was ‘pruned’ to eliminate anything that was not quite right. For example, 19 players recorded as living in North Korea were not included and there were “quite a lot of 99 year-olds” who were also filtered out.

There was also the possibility that the “player”, as Hornberger puts it, “was just a dog chewing on an iPad” or that more than one person played a single game. The data has been scanned for odd patterns and pruned whenever those were spotted.

“The vast majority [of the players] we know we can consider as normal,” says Manley. But what if navigating in a virtual world isn't the same as navigating in the real world?

They have also foreseen that question, setting up a laboratory test where players are now playing Sea Hero Quest so that their results can be compared against the full dataset.