The LOw Frequency ARray  is a radio interferometer and the first of its kind. It observes the Universe in low radio frequencies, close to the FM radio band, from 90 to 200 MHz. LOFAR can observe in several directions simultaneously which allows for a multi-user operation. For this reason, LOFAR is novel in it design because it is the first telescope which can look at the entire sky at the same time, unlike other telescopes which you have to point. In order to look in any given direction in the sky one uses a supercomputer to obtain information from a given direction. The LOFAR main core is based in the north of the Netherlands, with other stations located in France, Germany and one in the UK. 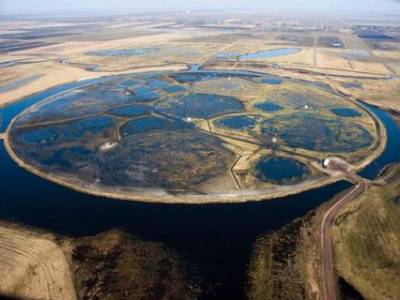 LOFAR will obtain data from the dark ages of our Universe. After the CMB last scattering surface the Universe is transparent to photons, which means it became neutral and hence the CMB photons can travel freely and reach us. Today, most of the Universe appears to be ionised. Therefore, there must have been an epoch where the Universe re-ionised, most likely due to starts or quasars in the early Universe emitting photons which can ionise the diffuse gas in our intergalactic medium.

One of the key projects which members of this group are involved in is to hunt for a signal from this epoch. LOFAR will be able to probe this epoch by looking at the redshifted transition of the hyperfine structure in neutral hydrogen. This transition has a rest frequency of 1.4GHz, so if reinisation happened at a redsfhit of around 8 then a radio interferometer would be able to map it. UCL has contributed to the building of the LOFAR station in the UK and is active in many working groups within LOFAR.