Cosmic dawn, when stars formed for the first time, occurred 250 million to 350 million years after the beginning of the universe, according to a new study led by Prof. Richard Ellis and his team at UCL, and researchers at University of Cambridge. 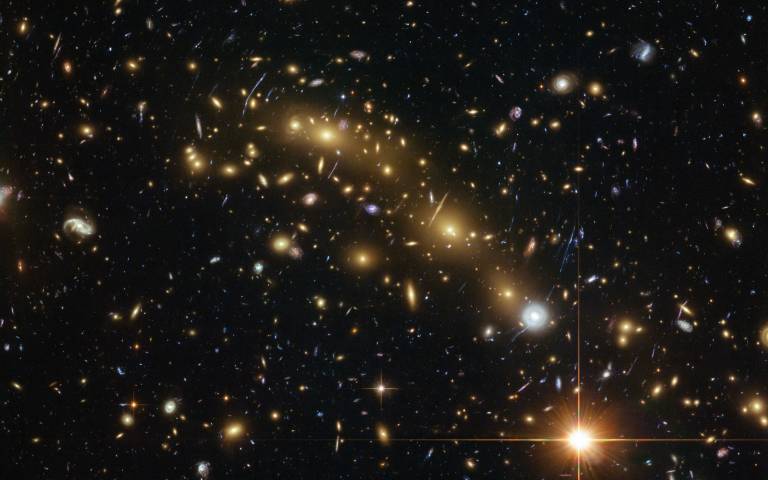 Image Credit: ESA/Hubble, NASA, HST Frontier Fields. A colour image of the galaxy cluster used to detect one of the six galaxies, MACS0416-JD. This galaxy has an estimated age of 351 million years, which means that this galaxy was formed 178 million years after the Big Bang. The stellar mass of this galaxy is one billion times the mass of the Sun. This object is currently the most distant galaxy detected with ALMA. Credit: ESA/Hubble, NASA, HST Frontier Fields.