Professor Hiranya Peiris is awarded the Eddington medal for her contributions to cosmology, from fundamental theoretical ideas through the design of advanced analysis methods to the analysis of observational data. 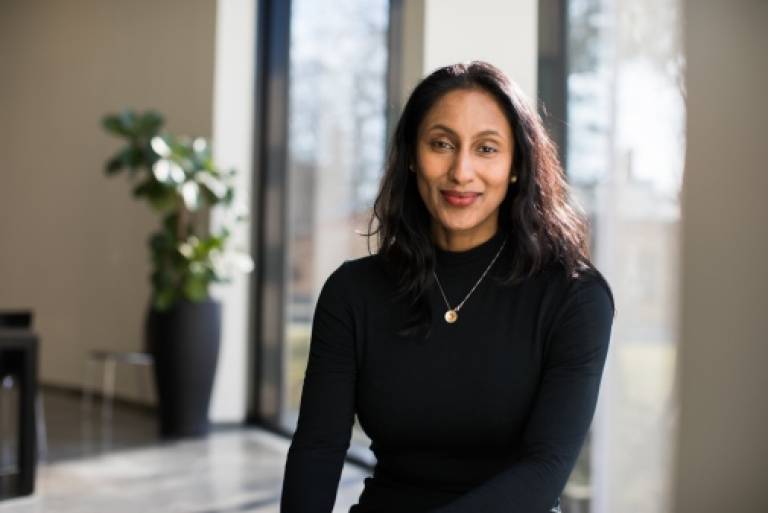 Professor Hiranya Peiris has made outstanding contributions to establishing the standard model of cosmology. Her work helped shift this field from a speculative area to a data-driven subject, and created new links between cosmology and high energy physics. Her contribution to cosmology is marked by the distinctive way in which it combines observational data, fundamental theoretical physics, and advanced analysis methods.

Professor Peiris was a key member of the Wilkinson Microwave Anisotropy Probe (WMAP) Science Team and made critical contributions to the analysis and interpretation of the cosmic microwave background (CMB) dataset that ushered in the era of precision cosmology. She led work that, for the first time, confronted the predictions of cosmological inflation, the leading framework for the very early universe, with data. Subsequently, she has played leading roles in the analysis of ESA's Planck satellite CMB data, which has delivered some of the most important results of the past decade.

Professor Peiris has also produced an influential body of theoretical work exploring the implications of fundamental physics for the very early universe, including observable signatures of inflationary models embedded in string theory and a novel picture of ``emergent'' behaviour in the early universe. Her work combining cutting edge theory with data processing techniques has influenced next-generation observatory design. She is currently engaged in a multidisciplinary approach to understand the link between cosmology and fundamental physics using data from forthcoming cosmological surveys. For these reasons Hiranya Peiris is awarded the Eddington medal.