One of the most sensitive and comprehensive surveys of distant galaxies ever performed as part of an international collaboration in which UCL is heavily involved is to complete its six-year mission on January 9, 2019. 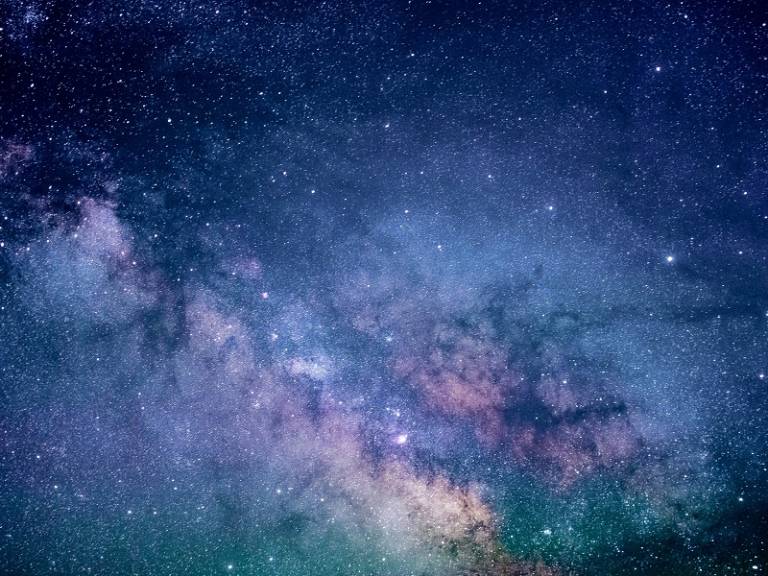 The Dark Energy Survey (DES) has scanned about a quarter of the southern skies in depth, cataloguing hundreds of millions of distant galaxies since its launch on August 31, 2013.

DES was launched to improve our understanding of the nature of dark energy, the mysterious force that is accelerating the expansion of the universe.

Data from over 300 million distant galaxies was recorded on 758 nights over the six years. The project involved over 400 scientists from more than 25 institutions around the world, and was hosted by the U.S. Department of Energy’s Fermi National Accelerator Laboratory.

UCL has been heavily involved in DES instrumentation and science since the early days of the project in 2004. Professor Ofer Lahav (UCL Physics & Astronomy) who chairs the DES:UK consortium and the DES Advisory Board said: “Completing the observations is a milestone in this ambitious project to which UCL has contributed significantly over the years.

“We look forward to the ultimate results on the nature of Dark Energy from the entire data set.”

The survey used a Dark Energy Camera, a 520-megapixel digital camera funded by the U.S. Department of Energy Office of Science, which is mounted on the Blanco four-metre telescope at the National Science Foundation’s Cerro Tololo Inter-American Observatory in Chile.

DES generated 50 terabytes of data over six observation seasons. The data is stored and analysed at the National Centre for Supercomputing Applications (NCSA) at the University of Illinois at Urbana-Champaign.

The DES collaboration will now focus on generating new results from its six years of data, including new insights into dark energy. It will continue to release results, having already released a full range of papers based on the first year of data collected. Scientists discussed recent results at a session at the American Astronomical Society winter meeting in Seattle on Tuesday 8th January.

Professor Peter Doel (UCL Physics & Astronomy) led the construction of the DES optical corrector. “It is very satisfying to see the final observations from the camera,” he commented. “We have so much to learn about the expansion of the universe and we can now analyse the data in detail to look at the dark universe.”

Running the Dark Energy Camera involved calling in hundreds of scientists to work on it in nightly shifts supported by observatory staff. The camera will remain mounted on the Blanco telescope at Cerro Tololo for another five to 10 years and will continue to be a useful instrument for scientific collaborations around the world.

“Although the data-taking for DES is coming to an end, DECam will continue its exploration of the universe from the Blanco telescope and is expected to remain a front-line engine of discovery for many years,” said Cerro Tololo Inter-American Observatory Director Steve Heathcote.

Scientific highlights from previous years include:

About the Dark Energy Survey

The Dark Energy Survey is a collaboration of more than 400 scientists from 26 institutions in seven countries. Funding for the DES Projects has been provided by the U.S. Department of Energy Office of Science, U.S. National Science Foundation, Ministry of Science, Innovation and Universities of Spain, Science and Technology Facilities Council of the United Kingdom, Higher Education Funding Council for England, ETH Zurich for Switzerland, National Center for Supercomputing Applications at the University of Illinois at Urbana-Champaign, Kavli Institute of Cosmological Physics at the University of Chicago, Center for Cosmology and AstroParticle Physics at Ohio State University, Mitchell Institute for Fundamental Physics and Astronomy at Texas A&M University, Financiadora de Estudos e Projetos, Fundação Carlos Chagas Filho de Amparo à Pesquisa do Estado do Rio de Janeiro, Conselho Nacional de Desenvolvimento Científico e Tecnológico and Ministério da Ciência e Tecnologia, Deutsche Forschungsgemeinschaft, and the collaborating institutions in the Dark Energy Survey, the list of which can be found at www.darkenergysurvey.org/collaboration.