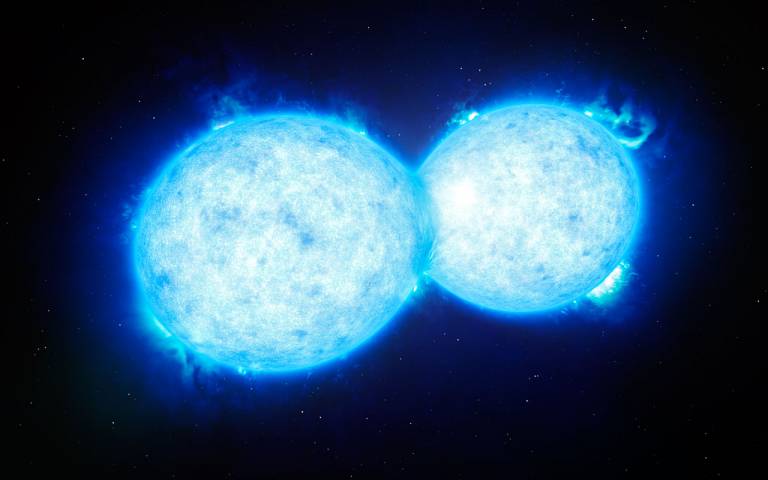 A team of astronomers including UCL's Ian Howarth have found the hottest and most massive double star with components so close that they touch each other.

The discovery was based on observations from the ESO Very Large Telescope.

The two stars in the extreme system VFTS 352 could be heading for a dramatic end, during which the two stars either coalesce to create a single giant star, or form a binary black hole.

The double star system VFTS 352 is located about 160 000 light-years away in the Tarantula Nebula.