The 2022 Archaeological Soil Micromorphology short course will take place between 19-27 April. Any enquiries should be directed to Manuel Arroyo-Kalin (m.arroyo-kalin@ucl.ac.uk). 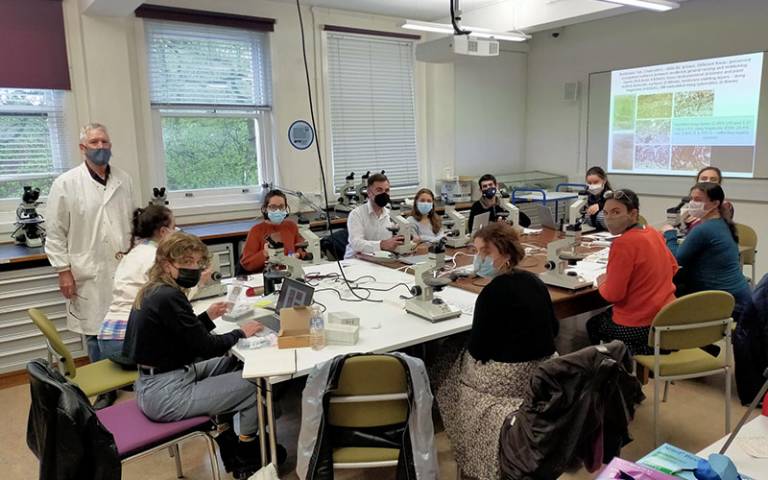 The course, run by Richard Macphail and Manuel Arroyo-Kalin, will include both an “A,B,C Introduction to micromorphological description and analysis” component (suitable for beginners), and topical coverage of several archaeological themes combined with opportunities to study collections (suitable for experienced practitioners).

Richard Macphail has 35 years+ post-doctoral experience in archaeological soil micromorphology, and is at the forefront of current research, for example, in caves, urban archaeology, experiments, buried soils and floors (Macphail et al., 2003a; Macphail and Cruise, 2001; Macphail1et al., 2004; Macphail et al., 2003b1; Macphail and Goldberg, 2003). The most recently published results are found in Goldberg and Macphail (2006 - now available from Blackwells). More detailed publication of the latest soil micromorphology findings and an atlas of archaeological materials are currently underway (Macphail and Goldberg, 2013).
(1 available as pdf files, see references)

Manuel Arroyo-Kalin teaches Geoarchaeology at the UCL Institute of Archaeology and has published extensively on the micromorphology of Amazonian Dark Earths. He has also contributed micromorphological expertise to research projects involving cave sediments, burnt houses, and palaeosols.

Due to COVID-19 restrictions we will need to limit participation to ensure safety protocols. Course registration (£450) will begin on 15 January 2022 (please note that the link below will only go live on 15 January):