Variation and Evolution of the Human Skull

This module gives a detailed introduction to the methodology used in the study of the skull in archaeology and physical anthropology, and the main current issues in research. 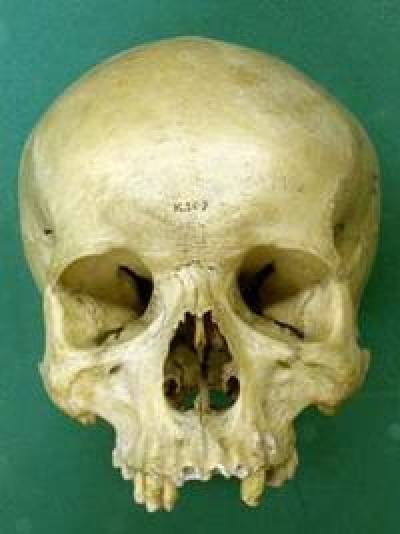 The module provides an anatomical background to the skull, as well as morphological variation, changes with age and development, and pathology, dealing specifically with the remains of Late Pleistocene and Holocene hominids, especially anatomically modern humans, but including Neanderthals.

Aims of the module

This module is intended to give students a detailed introduction to the study of the skull in archaeology and physical anthropology, and the main current issues in research. It provides an anatomical background to the skull, as well as morphological variation, sexual dimorphism, changes with age and development, and cranial pathology. It deals specifically with the remains of Late Pleistocene and Holocene anatomically modern humans.

It is intended that this module will provide students with the skills required to plan a research project, under the supervision of a more experienced researcher. With this in mind, when they have successfully completed the module, students should:

On successful completion of the module students should be able to demonstrate general skills of observation and inference, critical reflection and application of acquired knowledge.

The module is taught through lectures and practicals. Each week there is a lecture which introduces a topic in the study of the skull and prepares students for the practical session later in the week. Most lectures are based around Powerpoint presentations and these are available on WebCT, which is an online teaching resource that you will be able to access at any time on a password controlled UCL website. Details of this will be given during the first week of the module. Practicals are to teach students the identification skills required, more general understanding of the anatomical structure of the skull, experience of sex and age estimation, measurement and non-metrical variation. Most practicals are supported by worksheets and other handouts which are distributed each week.