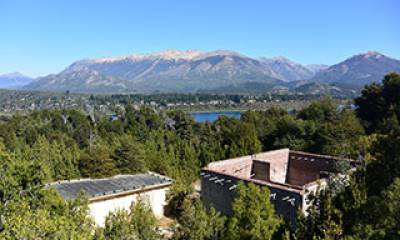 This pilot project explores the ways in which the designation of certain forms of conservation landscape (for example national parks and other forms of protected areas) facilitate specific forms of environmentally damaging "non-conservation" activities outside of their borders. This invites a radical rethinking of conservation histories.

We suggest that conservation landscapes cannot be studied without looking at the broader landscape management effects-the "salvation" of certain designated areas and the "sacrifice" this facilitates of others. We cannot understand the gazettal of protected buildings or landscapes without looking beyond the gazetted structure or reserved area to consider the negative actions which such conservation activity permits. Conservation landscapes are themselves often related to attempts by the state to restrict or control access-like the landscapes associated with nuclear power generation or nuclear waste disposal, national parks and other conservation areas are also landscapes of exclusion (Galison 2015).

The project will explore these issues through a focus on the archaeological and heritage landscapes associated with the failed quest for nuclear fusion on Isla Humuel within Nahuel Huapi National Park near Bariloche in Argentina, and the ways in which this project facilitated the subsequent establishment of a working nuclear reactor and atomic research institute in the same town and park, and other geographically associated attempts to develop alternative energy sources in the form of hydroelectric power schemes, alongside their broader effects on the landscape.

This pilot study will form the focus for the establishment of a transnational, interdisciplinary working group in preparation for the development of a broader project which will explore the relationship between conservation landscapes, statecraft, practices of power and relationships between "waste" and "wilderness" across Chile and Argentina in the Northern Patagonian region.

Galison, P. (2015). "On the Building, Crashing, and Thinking of Technologies & Selfhood: Peter Galison in Conversation with Etienne Turpin." In Art in the Anthropocene: Encounters Among Aesthetics, Politics, Environments, and Epistemologies, edited by E. Turpin and H. Davis, 181-190. London: Open Humanities Press.