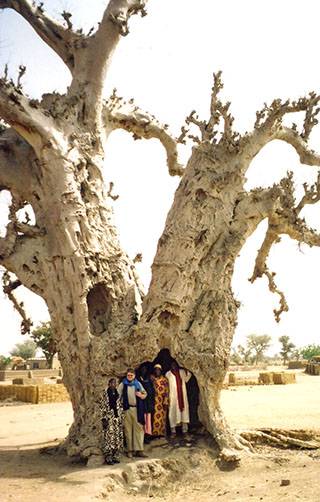 Segou was the last in a succession of great Mande polities to dominate the Middle Niger from the mid first millennium AD to the colonial period. As such, it forms an important opportunity for research on the historical archaeology of Mande statehood and its systems of settlement. Astonishingly, prior to fieldwork - which began in 2005 - there had been virtually no archaeological survey in the region.

Initial fieldwork in 2005-6 in and around the core zone of the 18th-19th state of Segou, was intended to determine the geographic layout and functioning of historic Segou (eg settlement types, layouts) via twinned archaeological and oral historical enquiries (the latter executed in partnership with Seydou Camara and Moussa Sow of the Malian Institut des Sciences Humaines).

The success of this original work revealed many other themes and layers of enquiry, not least of which are the fundamental role of slavery and warfare in Segou's economic system and Bamana ethno-genesis. The archaeological and oral historical surveys undertaken have thus revealed a landscape at the eastern margins of the Inland Niger Delta every bit as rich and complex as that of the Delta itself and stretching back to the Empire of Mali (AD 1230-1500).

Currently Project Segou has begun its second phase via dating and examining the region's settlement landscape during the time of the Empire of Mali. The focal point is Sorotomo, Mali's second largest single settlement mound (72ha) and at the very least centre of a 'sultanate' of the empire. The recent establishment of a dated ceramic sequence for the site, will facilitate the temporal situation of localities mapped in regional survey. 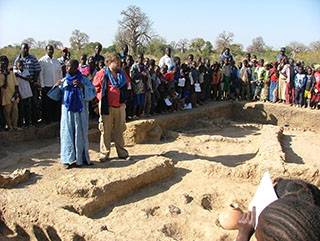 Also, importantly, the excellent preservation of architecture and abandonment layers at the site facilitates a highly contextual, anthropological archaeology, which can be continued over ever larger sectors of the site's surface. To this end, in collaboration with the Université de Bamako, it is hoped to ultimately establish an international fieldschool at the site.

Future research plans are to expand the survey zone into the Tamani region, directly to the west of the 2005-2006 survey zone. Tamani and the adjacent ancient settlement of Dugubani were central to the pre-Malian 'Alliance of Do' - an early heterarchical alliance of major Mande towns in the face of instability following the 11th century decline of Ghana/Wagadu.

The project's fieldwork has, by its very nature, interacted closely with local communities, integrating their views of the past and their historic landscape into project narratives. The Institute project leader has worked with Segou representatives of the Ministry of Culture and the Malian Tourist Board (OMATHO), sharing the project's surveyed plans of historic sites for their future planning exercises and tourist orientation. In 2010 presentations were made to a range of local schools, including site tours and hands-on artefact sessions, at Sorotomo (near Konodimini, Mali).