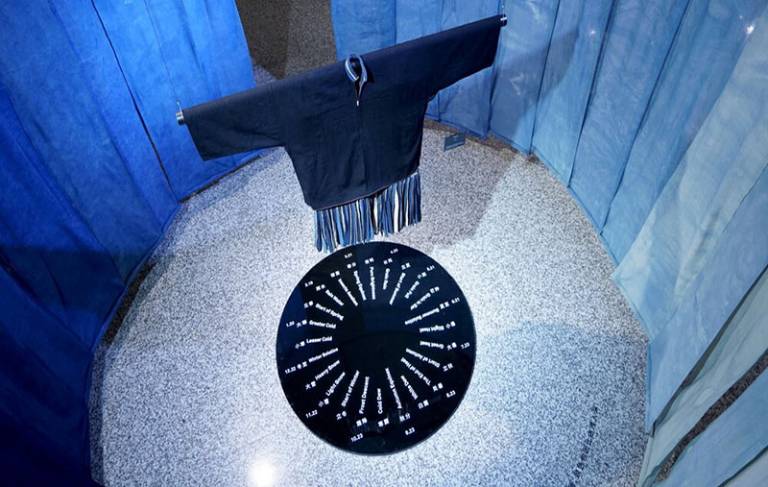 The AHRC-funded project Craft China: (Re)making Ethnic Heritage in China’s Creative Economy (2018–2021) followed the making of an exhibition, China Craft, by the Chinese National Museum of Ethnology (CNME) as a means of understanding the wider Cultural and Creative Economy in China. It involved fieldtrips to Hangzhou, Beijing, Nanjing and Yunnan as well as participant observation of the practices of London-based Chinese creatives.

The exhibition took place against the backdrop of a policy shift in relation to Intangible Cultural Heritage in China: from freezing it in time to encouraging it to fuse with contemporary design in order to find a market in China’s burgeoning creative economy. The principle finding of the Craft China project was that it was not only traditional crafts that were being remade through this process but also the narratives surrounding what it means to be an ethnic minority living in China today.

This shift in narratives manifests itself in two forms. Firstly, traditional makers from rural backgrounds collaborated with designers from urban centres to remake traditional crafts as contemporary fashion. Through the creative remaking process heritage authenticity was signified through connections to the continuity of the materials, the enactment of a ritualised process, the connection to an inheritor lineage and the equity of the relationship between designer and craftmaker. Central to this relationship was the figure of the Chinese Ethnic Minority Creative who could move between the two worlds of the local-rural and the urban-cosmopolitan, which can be seen as a remaking of the ‘going out’ narrative common in Chinese rural communities.

Secondly, the policy change also allowed the Chinese National Museum of Ethnography to present Chinese Ethnic Minority culture in a more dynamic way incorporating design aesthetics from blockbuster fashion exhibitions like Alexander McQueen: Savage Beauty. The focus on maker culture also allowed the CNME to imbue their exhibitions with an anthropological perspective: decoding the alternative cosmological perspective inherent in the craft-making process and the symbolism of the finished textile’s designs, and return to the museum’s original vision as outlined by Fei Xiaotong in the 1950s.