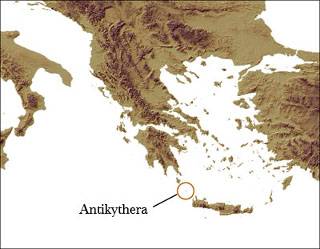 The Antikythera Survey Project (ASP) is a phased, interdisciplinary programme of fieldwork, artefact study and laboratory analysis that addresses the long-term history and human ecology of the tiny Greek island of Antikythera, over a period of about 7000 years.

Antikythera is one of the smallest (ca. 20 sq.km) and most remote inhabited places in the insular Mediterranean, but also one of the best-placed, lying on a key axes of maritime movement, both north-south between the southern Balkan peninsula (the Peloponnese) and Crete, and east-west, between the eastern and central Mediterranean. This strategic, if often fragile and marginal, location is emphasized by the presence of a fortified pirate community on Antikythera during the Hellenistic period (4th to 1st century BC), and a 1st century BC shipwreck a few hundred meters off the coast that famously produced a series of bronze statues and the Antikythera mechanism, an intricately-geared device for maritime navigation. 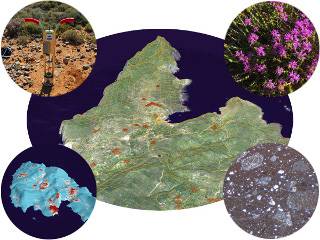 Antikythera is also an island that provides an incredibly attractive research context, for three main reasons: