The Treasure of the Egyptian Queen Ahhotep 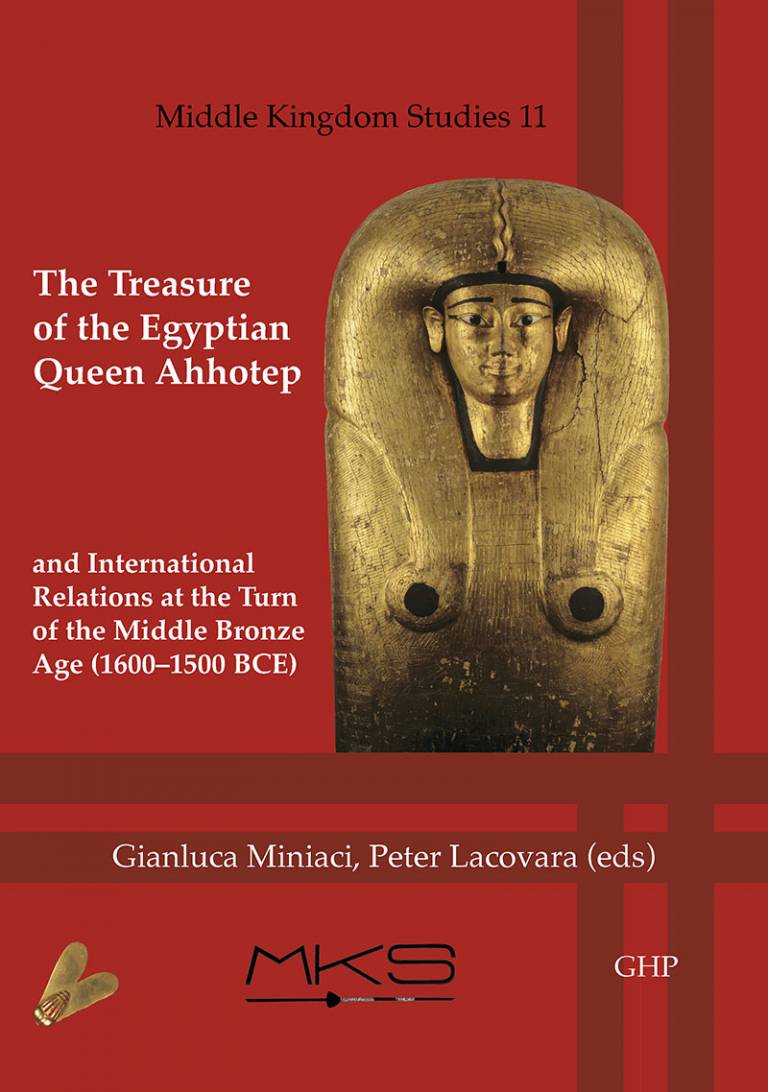 The burial of Queen Ahhotep represents one of the most significant finds in Near Eastern Archaeology. A gilded coffin and a trove of magnificent jewels and precious objects belonging to a queen named Ahhotep was discovered at Dra Abu el-Naga, in Western Thebes by Auguste Mariette in 1859. Many of the objects associated with the burial bore the names of Kings Ahmose and Kamose of the end of the Second Intermediate Period and the beginning of the New Kingdom (1600–1500 BC) and reflected the influence of the Aegean and of Nubia.

Despite its importance, the treasure has never been fully published and much new research on the various aspects of the find have not been collected into a combined study until now. The volume details the circumstances of the treasure’s discovery, its history of display and publication, both the technical and artistic aspects of the individual elements of the material, a review of the history and burial practices of the period. The volume also tackles the analysis of the Aegean influence on the elements of the treasure and the Eastern Mediterranean relations at the turn of the Middle Bronze Age (1600–1500 BC). As appendices there are also maps, chronological tables, lists of the treasure and selected images.