UCL Institute of Archaeology staff, students, friends and colleagues will be saddened to hear of the death of Tony Waldron earlier this month. 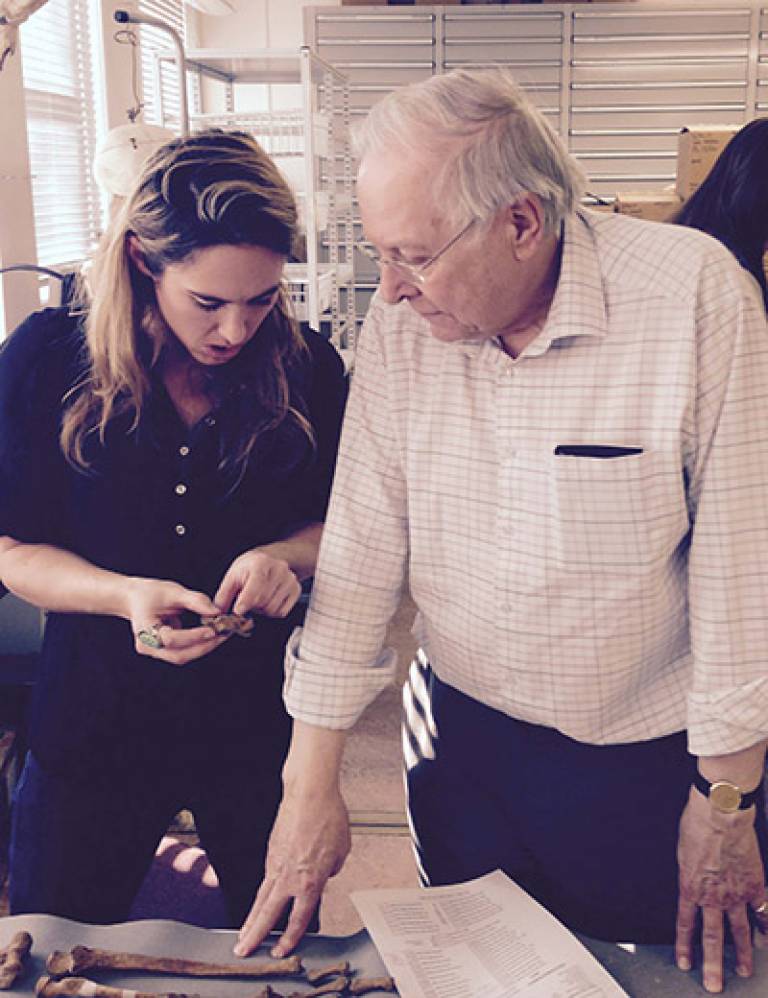 Tony had long-standing links to the UCL Institute of Archaeology. He was an integral member of the bioanthropology community of staff and students on the 3rd floor of the Institute building in Bloomsbury and was responsible for the co-ordination and teaching of two courses on the MSc degree programme in Bioarchaeological and Forensic Anthropology.

Initially an Honorary Research Fellow/Lecturer (from 1980), Tony was an Honorary Professor at UCL from 2004 until his death. He ‘retired’ last year due to illness but was still a supportive presence to his friends and colleagues who will miss him greatly.

Having trained in medicine at the University of Birmingham in the 1970s, Tony was appointed as Lecturer in Social Medicine there before coming to London as Senior Lecturer in Occupational Medicine, London School of Hygiene & Tropical Medicine (1978-88). He was also a Consultant Physician at UCL (1980-88) and then at St Mary’s Hospital, London (1988-2008).

Tony was a specialist of international repute, publishing a number of books and articles on the subjects of toxicology, epidemiology, medical history, palaeoepidemiology and palaeopathology. He was co-founder and co-editor of the International Journal of Osteoarchaeology (1990-2000) as well as previously being Editor of the British Journal of Industrial Medicine (1980-93).

Over the course of his career he was a WHO consultant in environmental impact assessment and occupational toxicology on a number of occasions and held British Council Fellowships for lecture tours to Christ Church (New Zealand), Bahia (Brazil) and Surabaya (Java).

He examined human remains from many archaeological sites in London including West Tenter Street, Merton Priory, the Black Death site of the Old Royal Mint and the overlying medieval cemetery and church of St Mary Graces, the 17th/18th century cemetery from Farringdon Street, and the crypt of Christ Church, Spitalfields.

As Sue Hamilton, Director of the UCL Institute of Archaeology, indicated:

“Tony gave many, many years of selfless service to the IoA as an Honorary Professor. His generous contribution to the IoA’s teaching and learning was nothing short of remarkable. Tony will be greatly missed, particularly by those he worked so closely with.”

Our thoughts go out to Tony’s family at this difficult time.

The Tony Waldron Prize in Bioarchaeology

“Tony was always very keen to support and encourage students in their academic work, and so an award in his name feels absolutely appropriate. The Tony Waldron Prize in Bioarchaeology will be awarded annually to a student graduating with a Master’s Degree." Gill Waldron