Mike Parker Pearson has commented in the media on the need for the Stonehenge road tunnel plans to be scrapped in light of the significant discovery nearby of the largest prehistoric structure ever found in Britain. 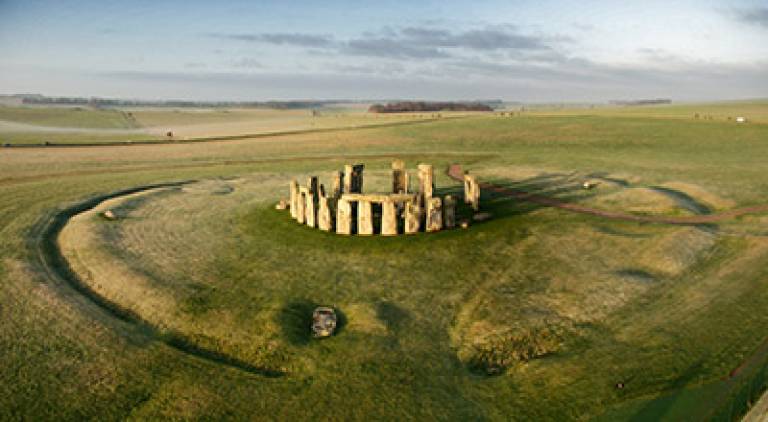 A giant neolithic structure, created 4,500 years ago, has been uncovered just under 2 miles north-east of Stonehenge on Salisbury Plain near Amesbury, Wiltshire. Following geophysical prospection, ground-penetrating radar and magnetometry, a series of enormous shafts – each more than five metres deep and up to 20 metres across – were found to have been aligned to form a circle 1.2 miles in diameter.

Mike had previously suggested that Durrington Walls lay within a “domain of the living” separated from a “domain of the ancestors” centred on Stonehenge. The neolithic structure that has recently been discovered appears to have been a boundary guiding people to a sacred area, because Durrington Walls, one of Britain’s largest henge monuments, is placed at its centre.

Vincent Gaffney (University of Bradford), co-principal investigator of the Stonehenge Hidden Landscapes Project, which made the discovery while surveying the landscape, has described the discovery as unprecedented.

“This is just another reason to give up this disastrous white elephant of a scheme.The potential for technology to reveal so much more is enormous because only a tiny percentage has been explored so far. What’s really pleasing for me is that it’s over 20 years now since we put that hypothesis together. Vince has found it. Fantastic. We’ve really got a good idea of what Stonehenge is all about. What a find.”