Institute PhD student Mariana Nabais has contributed to a research project in Portugal which discovered that Neanderthals systematically exploited shellfish resources, adding to growing evidence that Neanderthals were very similar to modern humans. 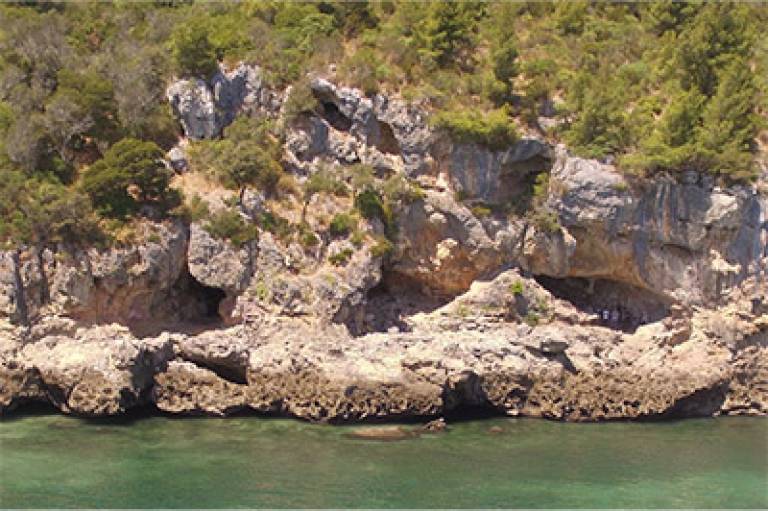 Archaeologists, including the Institute's Mariana Nabais, excavating a cave on the Atlantic coast of Portugal have discovered a huge, structured deposit of remains, including mussels and limpets, dating to between 106,000 and 86,000 years ago.  The use of marine resources on such a scale had previously been thought to be a trait of anatomically modern humans. This adds weight to the hypothesis that modern humans and Neanderthals were more similar than previously thought. The new study, published recently in Science, indicates how the site, Gruta Figueira Brava, which would have been a few kilometres from the coast when occupied by Neanderthals, contained an abundance of stone tools, roasted plant matter and some animal remains as well as evidence of eels, sharks, seals, crabs and waterfowl. 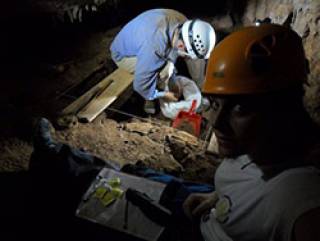 The research team, led by João Zilhão from the University of Barcelona, Spain, found that marine food made up about 50% of the diet of the Figueira Brava Neanderthals. Mariana, who is completing her research at the UCL Institute of Archaeology on Neanderthal subsistence in Portugal has written about her experiences 'Digging up Neanderthals in Paradise', published in Nature Research Ecology and Evolution.

“Everyday, to get to the cave, we had to roll down an electrical extension of about 2000 metres, climb down a vertical escarpment and then get through the tightest tunnels inside the cave system. By the end of the day, bags of sediment and all the finds had to be carried back to the top of the hill so they could be processed in the field lab. The sediments were full of shell fragments alike the known Mesolithic shell-middens. Then, there was this large fish vertebra, a shark it was. And then, there were many more fish remains. Needless to say, these finds were in close stratigraphic association with Neanderthal tools, with other land and aquatic mammals and birds that showed butchery marks."

Matthew Pope who was invited to comment on the study said:

“Zilhão and the team claim to have identified 'middens'. This is a shorthand for humanly created structures (piles, heaps, mounds) formed almost entirely of shell. They are important as they suggest a systematic and organised behaviour, from collection to processing to discard. Certainly, they make a strong case that these are comparable to similar accumulations in the Middle Stone Age of Africa."