Etruscan Literacy in its Social Context

A new volume on Etruscan Literacy, edited by Ruth Whitehouse, has recently been published by the Accordia Research Institute, University of London. 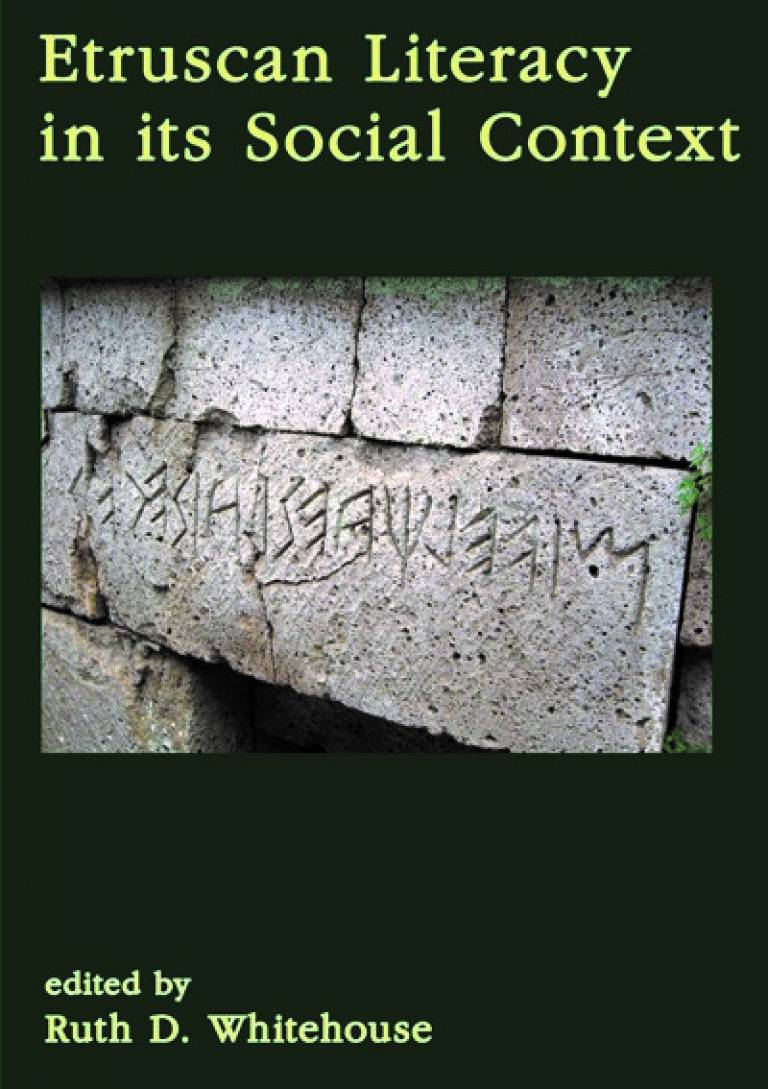 Etruscan Literacy in its Social Context arises from a conference held at the Institute of Classical Studies, School of Advanced Study, University of London in 2010. The book, which represents Volume 18 in the Accordia Specialist Studies on Italy series, includes papers by scholars of the Etruscan world who offer a wide range of approaches to understanding how writing was used by the Etruscans.

They address the issues of who produced the writing, the social situations in which it was used and the nature of the language employed. They bring together archaeological, linguistic, iconographic and historical perspectives to make new and stimulating contributions to the study of Etruscan society and its use of writing.

The Accordia Research Institute was founded in 1988 to promote research into all aspects of early Italy. This new volume is dedicated to the memory of John Wilkins, scholar of language, literacy and society of ancient Italy.