Congratulations to Dean Sully who has been appointed Scientist in Residence at the UCL Slade School of Art for 2019-20. 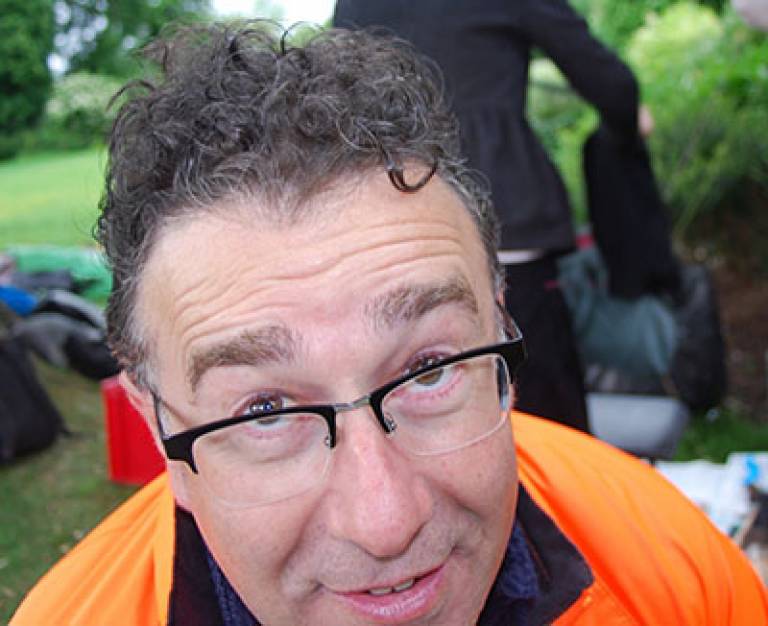 As a social scientist, I do have an ambivalent relationship with the authorising narratives of the scientific process that assume the role as the arbiter of truth about the reality of the world. The adaptation of scientific discourse is however used to justify the role of conservation within heritage institutions. This is a necessary, but insufficient foundation for effective heritage conservation.

Heritage was framed in twentieth century as the fear of losing the past,  in a salvage paradigm that sought to gather together the vestiges of what was left in order to have some evidence of what was  lost. In the twenty-first century,  this is replaced by a fear of a lost future and a sense of the past as something to be ashamed of. The heritage paradigm becomes one of salvaging sufficient resources to sustain human population in a future broken world.

As a response, my conservation research seeks to address broad questions about how the world comes into being, beyond merely tautological justifications of fixing a past within the present. This engages with making heritage as a creative act in the present moment.

If scientific processes aim to explain how things are, then creative practice has the potential to explore how things should be. This speculation  becomes a means of building a bridge between dominant narratives and less powerful stories that may lie hidden. By imagining alternative narratives, interactions and pasts, we are forced to speculate on other possible, plausible future worlds. If we speculate more about everything, reality may become more malleable and preferable futures more achievable.

In my own heritage work, I have benefitted greatly from collaborations with creative practitioners. These exchanges offer the opportunity for heritage practitioners to look in on themselves, and for artists, to gaze across the boundaries of the heritage worlds that we create.

Rather than acting as a host for Artists-in-Residence, as Scientist in Residence, I now get the chance to be an guest in your creative processes. As a respectful guest, I hope to share my projects that engage creative practice in the process of heritage conservation. More importantly from you,  I hope to learn new forms of future making that create space for playful experimentation and offer new approaches to the practice of making future heritage objects and places.

Dean will give his Inaugural Lecture as Scientist in Residence on Wednesday 16 October at 1.10pm in the Slade Gallery. His presentation is entitled As a Scientist Resident in Insouciant Time and all are welcome.