Save the Children: containing child obesity from a human evolutionary perspective

Gustav Milne (UCL Institute of Archaeology) was interviewed in the media recently about his research on evolutionary determinants of health. 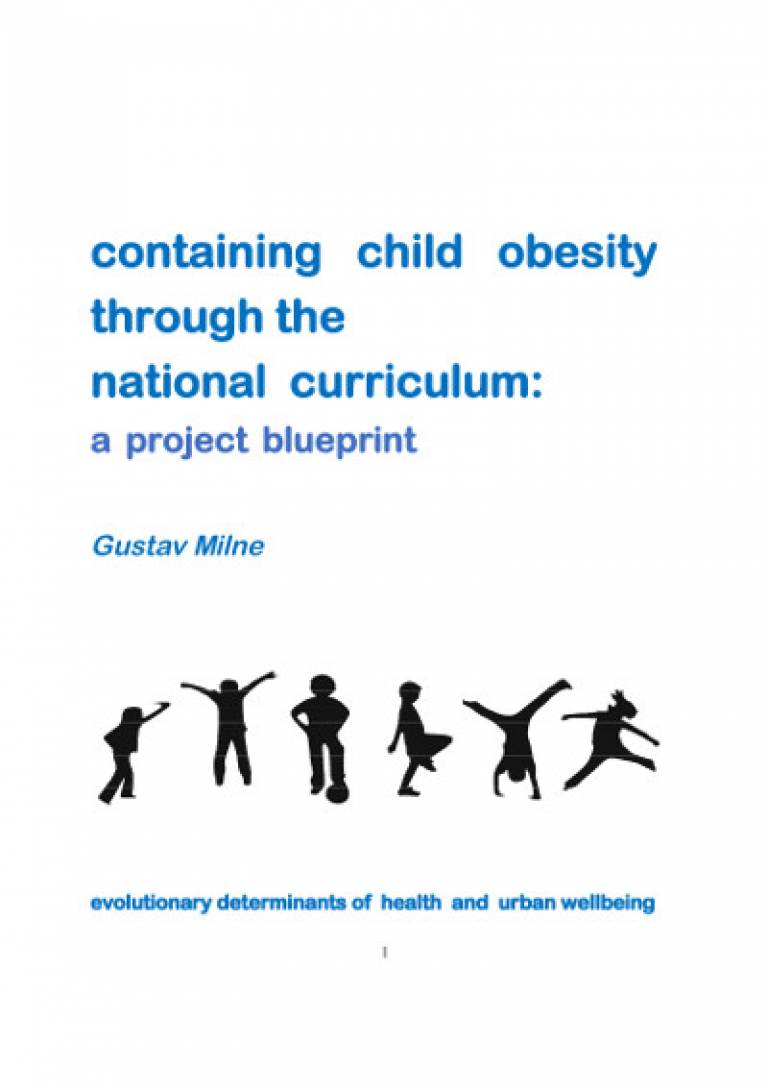 Gustav Milne was interviewed in advance of his UCL Lunch Hour Lecture 'Save the Children: containing child obesity from a human evolutionary perspective'.

Some 10% of pupils arriving at English primary school are already overweight at 5 years old but, according to a recent NHS report (2017), by the time children reach the age of eleven, 20% are overweight or obese. This is in spite of enjoying six years compulsory state education through the National Curriculum, with all its potential for delivering vigorous physical activities on a daily basis and carefully monitored School Dinners. In Gustav's presentation, it was shown that the most effective nutritional and activity regimes should reflect those that best fit our long evolutionary history, but adapted for 21st century urban environments.

Gustav believes that 10-minute bursts of “high-intensity” activity such as bending and stretching to touch toes should be included in all schools and has produced a project blueprint entitled 'Containing child obesity through the national curriculum'.

The underlying premise of Gustav's research in this area is that our bodies and brains still retain attributes and drives of our ancient ancestors: autonomically, instinctively, unconsciously and subconsciously they impact significantly on our daily lives to a far greater degree than is often realised. His recent volume 'Uncivilised Genes: Human evolution and the urban paradox' explores how we can reconfigure our lifestyles and urban environments, based on an understanding of our prehistoric past.