Digging up secrets of the monkey Stone Age 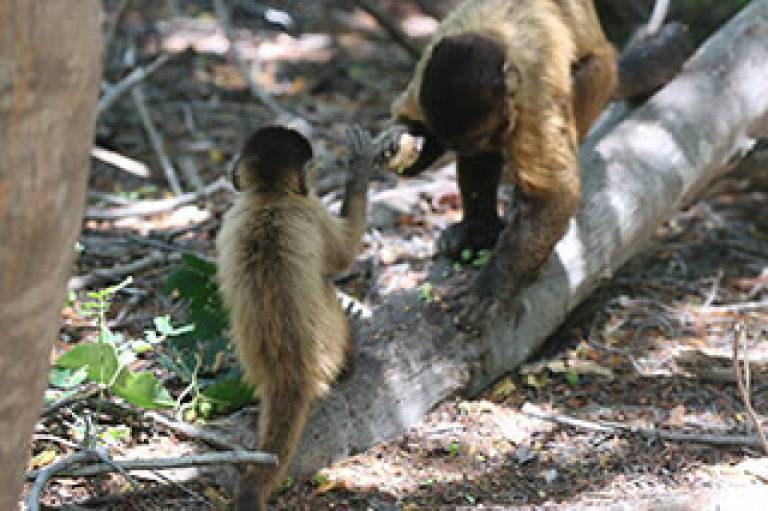 The discovery that chimps and some monkeys have a long history of making tools features in a recent issue of New Scientist.

The oldest stone tools we know of date to about 3.3 million years ago. They were made by our hominin ancestors living in what is now Kenya. It has been known for some years that our closest living relatives, chimps, employ a variety of tools, including some made of stone.

Recently, primatologists have been intrigued to discover that this also applies to two more-distant cousins - bearded capuchin monkeys living in north-east Brazil and macaques living in a coastal region of Thailand where monkeys were studied deliberately hammering rocks, resulting in the production of tool-like flakes previously thought to be uniquely man-made. This has led to an exploration of the so-called Stone Ages of non-human primates by the Primate Archaeology project (PRIMARCH), led by Michael Haslam at the University of Oxford.

These discoveries give us novel insights not just about these species but also about our distant ancestors and it is now becoming possible to make comparisons for the first time and shed light on the evolution of tool use.

It has been noted that sharp-edged stone flakes used by early Homo 2.6 million years ago are identical to those they were manufacturing 1 million years later. Similarly, once flat, refined stone axes came on the scene, these went unchanged for another million years.