UCL researchers have been involved in an international study showing that the ancient population of Britain was almost completely replaced by newcomers around 4,500 years ago. 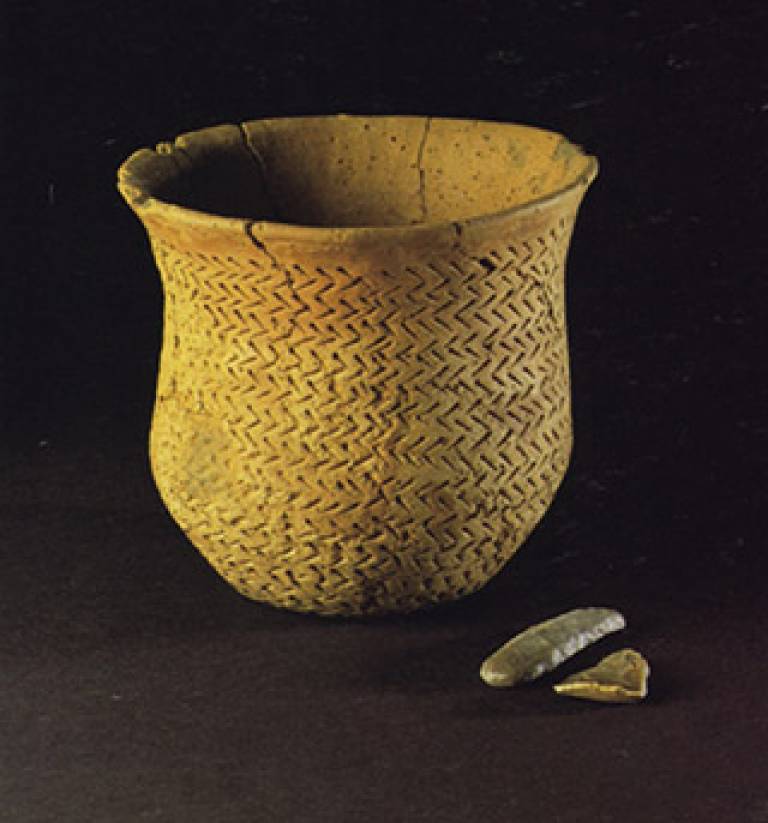 Beaker pottery and culture spread through large-scale migration of people and through the exchange of new ideas, according to new research published in Nature, which involved the analysis of ancient-DNA data from 400 prehistoric skeletons drawn from sites across Europe.

The Beaker culture is a complex cultural phenomena which began 4,700-4,400 years ago, when a new bell-shaped pottery style spread across western and central Europe. For over a century, archaeologists have tried to establish whether the spread of 'Beaker' pottery, and the culture associated with it, represented a large-scale migration of people or was simply due to the exchange of new ideas.

Researchers have now found that while the culture of producing beakers spread between Iberia and central Europe without significant movement of people, the Beaker culture spread to other places carried by large-scale human migration, and this is most notable in Britain.

DNA analysis of skeletal remains shows that Britain went through a 90% shift in its genetic make-up after the Beaker people arrived, suggesting that the Beaker people almost entirely replaced the island's earlier inhabitants, Britain's Neolithic farmers, who were responsible for huge stone monuments, including Stonehenge.

Mike Parker Pearson, who was part of the study team, indicated:

This study was conducted by an international team of 144 archaeologists and geneticists from institutions in Europe and the United States. Research conducted at UCL was funded by the Wellcome Trust. It is the largest study of ancient human DNA ever conducted.