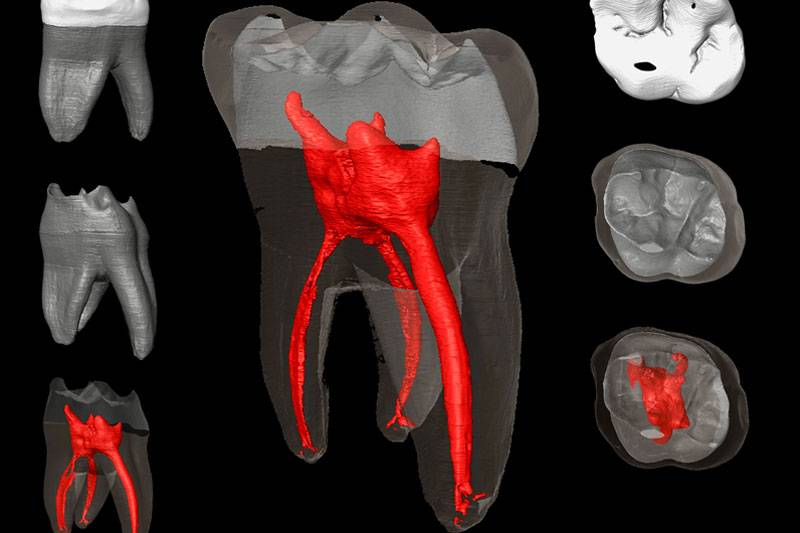 The Palaeoanthropology and Comparative Anatomy (PACA) lab is coordinated by Aida Gómez-Robles and Christophe Soligo. A high-end environment for research is created by a combination of recent refurbishments with high-end computers, availability of 3D-data capture equipment, including microscribes, surface laser-scanners and analysis software, 3D printer, access to a growing database of CT-scan and 3D-morphometric data, and an expanding fossil cast and comparative osteological collection. Our research covers a diverse range of topics, but is directed by a common aim of understanding the relationship between biological form and function using a comparative approach and with the ultimate goal of expanding our knowledge of human biology and of the processes that lead to the evolution of modern humans.

Evolution of the skull in primates. The skull is the most complex hard-tissue element of the body. It contains all the major sensory organs (vision, hearing, smell and taste) as well as the brain, and performs key elements of the feeding process including the capture, initial processing (chewing) and ingurgitation (swallowing) of food. The skull's complexity means that it is the most likely part of the skeleton to reflect measurable degrees of evolutionary and environmental influences. In addition, elements of the skull are the most frequently recovered body parts in the fossil record, making them the focus of the vast majority of research on the evolution of extinct species. Our current research is concerned with identifying and quantifying phylogenetic and environmental signals as well as their respective rates of evolution in different elements of the primate skull and is supported by past and current NERC grant and studentship funds. We also collaborate with researchers at the UCL Genetics Institute to elucidate the relationship between genomic and phenotypic aspects of craniofacial evolution across primates.

Human brain evolution. We approach human brain evolution from a holistic perspective that includes comparisons of intraspecific variation in chimpanzees and humans, large-scale macroevolutionary analyses of primate brain variation, and studies of endocranial variation in fossil hominins. Our research includes hard and soft tissue evidence, and it is based on CT- and MRI-scan data provided by our collaborators in the US. Our methodological approaches include quantitative approaches to shape analysis (namely geometric morphometrics), quantitative genetics and phylogenetic comparative methods. Apart from brain reorganisation, we are particularly interested on mechanisms of variation, with particular emphasis on brain-environment interactions and on brain plasticity (Gómez-Robles et al. 2015, Sherwood and Gómez-Robles, 2017). We are also interested in the effect that the secondary altriciality that is typical of human development has had on human brain evolution. Other lines of research include human brain asymmetry (Gómez-Robles et al. 2013, 2016) and modularity (Gómez-Robles et al. 2014).

Dental evolution and Neanderthal origins. Teeth are the most commonly found and best-preserved hominin fossil remains. We use quantitative approaches to study dental variation across hominins and to clarify questions related to the taxonomic assignment and phylogenetic relationships of hominin specimens represented by dental remains (Gómez-Robles et al. 2015). We collaborate with researchers in Spain, France and Belgium in describing and classifying hominin teeth. In addition, we combine dental variation and quantitative methods of analysis to inform the debate about the origin of Neanderthals. We have used ancestral state reconstruction to infer the dental morphology of the last common ancestor of Neanderthals and modern humans and to compare it with known hominin species that can potentially occupy this phylogenetic position (Gómez-Robles et al. 2013). We are using now previous quantifications of dental evolutionary rates (Gómez-Robles et al. 2017) to infer the most likely divergence time between Neanderthals and modern humans, and to compare these results with those coming from molecular analyses. The results of these quantitative studies can shed light on the evolutionary scenarios during the Lower and Middle Pleistocene, which are very often proposed based only on qualitative observations.

Serial homology. We are fascinated by the phenomenon of serial homology and the potential to find general rules that can describe variation in anatomical regions formed by repeated elements, regardless of their particular developmental origin and functional role. Drawing from the work done by other scholars on hand and limb evolution, as well as from our own work on dental covariation (Gómez-Robles & Polly 2012), we are now exploring variation in the hominoid vertebral column in collaboration with researchers in Spain (Arlegi et al. 2018). In the future, we aim to extend our analyses of covariation to other serially homologous skeletal regions in order to infer patterns of variation that can be generalised across all these structures.

Human evolution in Eurasia. Recent analyses of hominin fossil evidence suggest that the settlement of Eurasia during the Pleistocene may have been a discontinuous process strongly driven by climate. This, together with the molecular data recently obtained from several hominin samples compel us to reconsider previous, more linear models to explain the hominin dispersals and interactions of the first Europeans. In addition, the morphological differences between the hominins found in Africa and Eurasia has allowed suggesting an “Out of Asia and into Europe” model to explain the first human settlement of Europe. This project aims to build an evolutionary model for the human populations in Europe by contextualizing hominin anatomical variability in a biogeographical framework. This project is developed through two key collaborations: i) with the Fundación Atapuerca through an Academic Partnership and Memorandum of Understanding with UCL and ii) with the Institute of Vertebrate Paleontology and Paleoanthropology (IVPP) of Bejijing through an International Partnership with UCL funded by the British Academy.

Evolution of post-cranial adaptations in primates. Locomotor and postural adaptation is a key element of any animal's biology. It is of particular interest in primates, which show a diversity of locomotor and postural adaptations that exceeds that seen in most other orders of mammals. Recent projects use 3-D imaging technology to quantify post-cranial characteristics to test hypotheses of form-function relationships and to infer biological characteristics of fossil primate taxa including hominines.