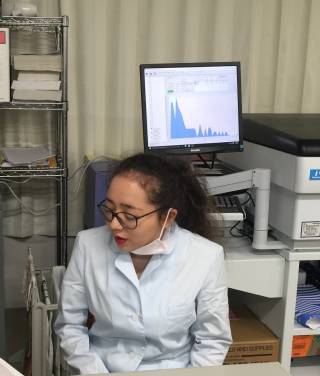 Anthropology of Outer-Space: Worlding at JAXA

My research is focusing on the Hayabusa 2 exploratory mission currently enfolding at JAXA.

Ryugu is a C-type asteroid which exploration and sampling is believed to shed light on the origins of the Solar System, Earth and the “origins of life”. The Hayabusa 2 mission is using multiple exploratory rovers, an impactor and several sampling devices to take pictures and samples from it. JAXA researchers believe that discovering more about the way robots are adapting to an outer-space environment might be helpful for future explorations. The practice of digging into Ryugu’s ground and analysing samples will provide information on the “Earth’s and humanity’s past” (Prof. Kubota JAXA), and by that, enlighten the scientists on what humanity’s future might become.

Robotics and space exploration question the “moral dilemmas” involved in researches that have a “futuristic vibe” and are popular in pop culture. Space exploration and robotics being both born after their fictional counterparts are influenced by dystopian visions of humanity's doom (The Terminator, Westworld, Capek, Asimov,…). These fictional ‘predictions’ of robotics and space exploration's outcomes are in turn also influencing current practices of engineers and scientists alike, leading to even more time and multi-temporalities entanglements.

Outer-space is conceived as the “extreme” and alien environment where almost everything is possible. Current anthropological researches question the impact of an extra-terrestrial life on worlding and socialisation. Their informants already see this future as realistic, mostly wondering about ‘trivial’ aspects such as its practicality, assuming that “humanity’s future lies elsewhere”. My informants share this viewpoint, yet, they are currently testing this ideology with their rovers. This takes a fundamental step towards this ideology of a futuristic extra-terrestrial human life. This research is also focusing on the impact of the rovers used in the mission. JAXA researchers have a multi-layered envisioning of these robots: no simple tools for sampling on the asteroid; they also represent JAXA’s hope for humanity’s future extra-terrestrial life. Problematics relating to the potential breaking of the human/nonhuman boundary is a recurrent anthropological topic. What makes this current setting new is the complete lack of human resemblance in the design of the robots, creating novel forms and understandings of personhood.