Most of my research experience is in francophone West Africa (Mali, Burkina Faso, Senegal) and I am generally interested in all aspects of fertility, reproduction and health in this region and how they interplay with migration and development.

Specific research themes that I am actively pursuing and seek PhD students working in these domains are:

After an undergraduate degree in Anthropology my PhD in Demography at the London School of Hygiene and Tropical Medicine focused on the demographic dynamics of rural Malian populations with different production systems. I integrated anthropological approaches to both data collection and interpretation in order to understand the key factors influencing the diversity of demographic outcomes in these isolated rural populations. Such a mixed methods approach to understanding demographic issues has been a major dimension of most of my subsequent research.

My early research interests in the demography of nomadic pastoralists were oriented around the dynamics of Tuareg populations in Mali from 1981-2001 - both before and after they were involved in a forced migration and sedentarisation as a result of conflict. I have considerable experience of field data collection (both quantitative and qualitative) in Mali, Senegal and Burkina Faso under a range of conditions: illiterate pastoral nomads, large agricultural villages, poor and more wealthy areas in small towns and capital cities and I have also undertaken more limited research in East Africa, Mongolia and have analysed Palestinian demographic data. I focus on issues such as health behaviour, marital and reproductive decision making, the impact of migration on those left behind as well as trying to understand the determinants of different patterns of demographic dynamics in poor, rural African populations and the interplay between development and demography. My research is currently orientated around unpacking the mismatch between the concepts used in survey data collection and respondents' own ideas about what is important and their daily realities.

This is a pilot study in Botswana using qualitative methods to investigate the different dimensions of pregnancy planning and decision making. A team of interviewers was trained in qualitative research methods in May 2015 and the data are currently being collected in Gabarone

Funded by ESRC on ESRC/ ANR collaborative programme from October 2010: Philippe Antoine is the PI for the ANR and other collaborators are Ernestina Coast (LSE), Eva Lelièvre (INED) and Valerie Golaz (INED/CEPED)

This research investigates the impact of definitions of the household used in household survey research on our ability to understand intergenerational relations. It follows up research on the Tanzanian pilot study below and is a comparative study focusing on North (England and France) and South (Burkina Faso, Senegal, Uganda) as well as allowing comparisons between East and West Africa and anglophone/francophone traditions.

Publications from this research

The commodity chain of the household: from survey design to policy planning.

Used a range of qualitative methods to investigate how the concept of the 'household' is used and understood at all the different stages of the production, publication and use of survey household data. Interviews were undertaken with members of complex households, survey enumerators, analysts, data producers, consumers and commissioners using Tanzania as a case study.

Selected Conference papers from this research:

Coast E., S.Randall, T.Leone The commodity chain of the household: from survey design to policy and practice. Presented at IUSSP International Conference, 2009, Marrakech

The impacts of out-migration on those left behind: changing family dynamics in small town Senegal.

This qualitative research focuses on one small town in Senegal from where a substantial proportion of young men have migrated to Italy. We are investigating the impacts of this migration on various aspects of family dynamics amongst those who remain in Senegal including marriage dynamics, residence patterns, old age support, education and gender roles. Further research including a biographical survey has been funded by CRSH to Nathalie Mondain (University of Ottowa) as PI with Pape Sakho (IPDSR, Université Cheikh Anta Diop, Senegal) starting in 2011 "Ceux et celles qui restent : les effets de la migration internationale sur les dynamiques familiales au Sénégal"

Pulications from this research project

Conference papers from this research project:

The Demographic Consequences of being Refugees for Malian Kel Tamasheq pastoralists.

Publications from this research project

Randall Sara (2011) 'Fat and fertility, mobility and slaves: Long term perspectives on Tuareg obesity and reproduction' Fatness and the Maternal Body: women's experiences of corporeality and the shaping of social policy. edited by Maya Unnithan-Kumar and Soraya Tremayne., Berghahn

Ouagadougou OPO with ISSP Burkina Faso: Co-Investigator on Wellcome Trust Funded project Health Inequities in a context of increasing urbanisation in West Africa £1,860,358 over 5 years from January. This is an urban Demographic Surveillance System covering 4 poor districts in Ouagadougou, collecting demographic health and welfare data every 6 months. I am involved in research streams on (1) wellbeing of the elderly and (2) qualitative approaches

The project will test a new data collection tool for migrant follow-up using mobile phone as well as statistical tools to control for migration effect in health analysis. It depends on data collected in the Ouagadougou DSS in selected poor urban populations in Ouagadougou, Burkina Faso. A preliminary stage of the project depends on qualitative research investigating the different patterns of and motivations for migration in and out of the different study zones and I am involved in developing the tools and the data collection for this stage. 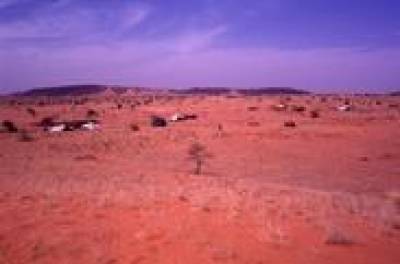