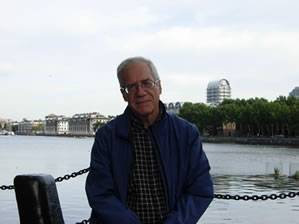 May 2009-Sep 2011. Honorary fellowship at Birkbeck College, University of London in Medieval History.

1971-2006. Teacher of mathematics, biology and chemistry in the Italian school system and in two international schools of the European Union (Mol-Belgium and Varese-Italy).

1991-1992. Tutor of Chemistry at Consorzio Universita­rio a Distanza, (Italy), comparable to the Open University (UK).

1973-1981. Researcher in the Research department for the Catholic Construction Workers' Union (CISL).

General interest and past research

I first participated to a two and half years' sociological field research, aimed at investigating the various aspects of the innovation process occurring in the building Industry in Italy in the decade between 1970-1980 (see below- 1979).

Subsequently, I studied the main authors who handled the ideas of technological and technical change in the field of economics/sociology from the 18th century until the beginning of the 20th century, i.e.: C. Babbage and A. Smith. J. Beckmann, K. Marx, J. A. Schumpeter, M. Weber, G. von Schmoller, W. Sombart and E. Bohm-Bawerk, M. Mauss, F.W Taylor and C. Linnaeus.

In the field of chemistry I demonstrated two theorems regarding the existence and uniqueness of the equilibrium of arbitrary Brønsted acid-base mixtures and the pH of arbitrary buffer solutions. Moreover, I created a software able to compute the pH of arbitrary mixtures in ideal and non- ideal conditions, which is freely available at the following address http://www.scuolaeuropeadivarese.it/software/

Stimulated by a previous chemistry study of dyes handled by the software cited above, I tried to accommodate the model of technological knowledge to written medieval documents, which describe the production of pigments and dyes for painters and illuminators.

My current research projects include:

i) The transmission mechanism of the knowledge of three pigments

I am studying the social history of two pigments whose recipe was lost in a given moment of their history and whose production procedure ware again rediscovered, that is Egyptian blue and Maya blue. A third pigment (Ultramarine blue) is studied because the transmission of the knowledge concerning its production shows a strong connection with the introduction of the alchemical knowledge into the Medieval Latin world.

ii) The origin of the concept of technique and technology and material culture in the anthropological thought.

The present research project wants to compare the concepts of technique/technology and material culture in French and British anthropology in the period of time from about the end of 19th century until about 1940.

We therefore publish on the UCL intranet some parts of two texts which are fundamental in the study, which are:
i) British Association for the Advancement of Science, 1929, Notes And Queries On Anthropology, (fifth Edition, London: The Royal Anthropological Institute, N&Q), which is devoted to material culture.
ii) Mauss, Marcel, 1989 [19471], Manuel d'Ethnographie (Paris : Payot, MdE), which concerns technologie.

The reader who is not able to read the French text may use the translation by Dominique Lussier of Mauss Marcel, 2007, Manual of Ethnography, New York - Oxford: Durkheim Press/Berghahn Books.

Each heading of the section material culture of N&Q will be compared with the corresponding section of the French text (work in progress at the present date).

Moreover the reader will find in the Introduction a theoretical scheme to handle the concepts of technique, and technology which evolved in two different domains and in two separated historical phases.

Technique, technology are components of a set of terms, ideas, notions and concepts (material culture, materielle Kultur, Kulturbesitz, materielle Kulturbesitz, arts, industries and the couple technique/technology), which had been coined in the history of anthropology to describe the relationships that man has with nature. However all these terms, notions and concepts were weak and never became autonomous, with exceptions to those which are outside the chronological interval of the present research.

2009 "A Weberian Model on technological knowledge-medieval Transmission of knowledge on pigments and Dyes for Painters and Illuminators" in XXII International Congress of History of Science and Technology, Book of Abstracts, Budapest 2009 , p.335

1993a, "Linnaeus, Beckmann, Marx and the Foundation of Technology. Between natural and social Sciences: a Hypothesis of an Ideal Type - First part: Linnaeus and Beckmann, Cameralism, Oeconomia and Technologie", History and Technology, 10, 3, pp 139-60.

SOCIOLOGY AND HISTORY OF ECONOMICS

1998, "Some German and Austrian Ideas on Technologie and Technik between the end of the Eighteenth Century and the Beginning of the Twentieth", History of Economic Ideas , VI, 1, pp 107-133.

2006, G. Frison, A. Calatroni, "On the Existence and Uniqueness of the Equilibrium of arbitrary Brønsted Acid-base Mixtures ", The Chemical Educator, 11, pp 1-12 .