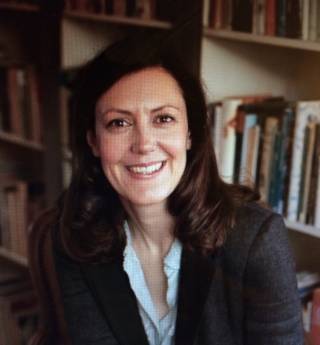 I am an Anthropologist who grew up in an all-female multi-lingual household in West London and received a Froebel education. I studied anthropology at the LSE and went straight onto a PhD with Prof. Caroline Humphrey at the University of Cambridge, where I held three consecutive postdoctoral positions (funded by the British Academy and the Leverhulme Foundation), before joining UCL Anthropology in Sept 2009.

While at UCL I have had the huge privilege of supervising and teaching many brilliant students. I recently held a European Research Council (ERC) Consolidatory Grant tracking the ‘emerging subjects’ of Mongolia’s rapidly changing mineral economy, bringing together a diverse group of creative scholars, artists, activists and practitioners from all around the world in fieldwork, in writing, in collaborative art work, and in different kinds of public debate. I am currently working on human/nonhuman interactions across the Baltic Sea, as sites of political and environmental negotiation. I teach on the anthropology of capitalisms and critical issues.

I have contributed and published in public forums outside Academia (2018), as well as several articles and chapters (a brief sample, 2019, 2017, 2014, 2007, 2006), edited volumes (2006), and two monographs Harnessing Fortune (OUP 2011) and Life in the Gap (UCL 2020) - see my IRIS and Academia.edu page for more details. I am Series Editor for UCL Press book series, Economic Exposures in Asia (for which you can send me proposals), a judge for the Bayly Prize, and an Advisory Board Member for ‘Energy Assemblages’, a research project funded by the Swiss National Science Foundation at the University of Lausanne on the lithium Industry.

Questions regarding William Empson, my paternal grandfather, should be directed to Mogador Empson.

PhD Students – past and present 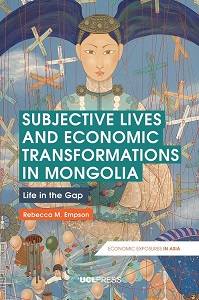 Research, developed as part of an interdisciplinary Leverhulme-funded project on changing beliefs of the human body, was concerned with 'exchange' and 'collaboration' across bodily and territorial borders. This involved working with health professionals and patients involved in organ transplantation in Mongolia's capital, Ulaanbaatar. It also involved co-curating an exhibition at the Museum of Archaeology and Anthropology, University of Cambridge, with Anita Herle and Mark Elliott: Assembling Bodies: Art, Science and Imagination.

2003-04 Politics and Prophecy: An Anthropological Study in Mongolia. Funded by the British Academy Larger Research Grants Division (LRG-35383), and the Cambridge Committee for Central and Inner Asia (CCCIA).

I am a Research Associate of the Mongolia & Inner Asia Studies Unit, University of Cambridge and a Visiting Fellow of Wolfson College.