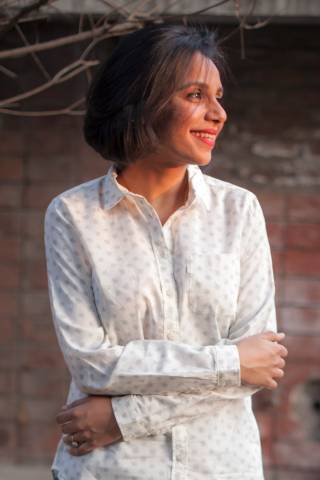 My research coalesces around questions of middle-class religiosity, aspirations and intimate subjectivities and urban politics in Pakistan. In my doctoral work, I investigated linkages between Islamic piety, contested ideas on modernity, and middle class identity in Lahore. Since then, my research has developed in two strands. First, I have conducted fieldwork in Lahore and Karachi, examining discourses on intimacy, romance and marriage amongst upwardly-mobile women. In particular, my work examines the tensions between, on the one hand, intimate desires and, on the other hand, the economic pressures and familial obligations that ground everyday, middle-class life. Second, through a focus on the Orange Line Metro project in Lahore, I have developed an interest in infrastructure-related displacement and, in particular, the impact of resistance politics and compensation claims on kinship relations, aspirations, and notions of community. In a separate strand of research, based on fieldwork amongst Pashtun displaced from the tribal areas along the Pak-Afghan border amidst U.S. drone attacks and ground military operations by the Pakistan army, I have explored the role of uncertainty, rumours and conspiracies in local understandings of violence.

My ethnographic concerns and collaborations have given rise to a broader interest in the negotiation of religious difference, and the ways in which these are studied and theorised in anthropology. Expanding on these interests, I am working on a new ERC-funded project – Multi-Religious Encounters in Urban Settings – with Leslie Fesenmyer (Birmingham) and Giulia Liberatore (Edinburgh). The project will theorise inter-religious interactions in non-secular contexts through comparative ethnographic work in Pakistan, Kenya and Italy.
Before coming to UCL, I was Lecturer in Social Anthropology at Manchester and, prior to that, ESRC Future Research Leaders Fellow at the Institute of Social and Cultural Anthropology and Junior Research Fellow at St Catherine’s College, Oxford. I was a Co-Investigator for the multidisciplinary project “Rebuilding Kinship and Care After Dislocation: Lahore and Colombo compared” (2017-2019), funded by the BA-GCRF Cities & Infrastructure Programme.

2019. The Social Life of Rumors: Uncertainty in Everyday Encounters between the Military, Taliban and Tribal Pashtun in Pakistan. Comparative Studies in South Asia, Africa and the Middle East. 39 (3), 462-474

2019. ‘Who Are the Taliban? The Deflection of Truth Amongst Tribal Pashtuns of Pakistan’, In Judith Scheele & Andrew Shryock (eds), The Scandal of Continuity: Form, Duration, Difference. Bloomington: Indiana University Press.