To date, all of my research has aimed at elucidating the logical tendencies and dialectical properties of transforming cultural worlds. This basic allegience has underpinned studies of myth, ritual and gender (especially in the Oceanic context) as well as a strong interest in relations connecting land, death and value. Currently, I am extending this concern to explore landscapes of risk and extreme transformations of culture.

A. FIJI/WESTERN POLYNESIA/OCEANIA  My doctoral thesis was entitled Structure and Contradiction in the Life-World of an Interior Fijian Chiefdom. This work gave initially gave rise to studies in the cultural transformation of sexuality, gender and mana in the region, testing (for Eastern Fiji) the validity of Freeman's critique of Margaret Mead's Samoan work on the social relations of adolescent sexuality. In this context, I also explored on the basis of my own fieldwork experience, the value of autobiographical expositions in ethnography.

Most recent research focuses upon relations between embedded logic and invented tradition in Fiji (Western Polynesia) with particular reference to matters of land, law and ritual. Four case-studies have resulted from this focus, each study dealing with the superimposition of ancestral land rites and invented land rights in differing parts of the country. Study One looked at the transition from ritualised pig-rearing to economic dairy farming in a large village chiefdom in the Fijian interior. Study Two investigated the growth of sorcery following the jural delineation and bounding of ancestral land, hitherto unbounded. Study Three explored the mass direct action by clansmen (expressed in neo-traditional ritual forms) to the non-payment of land rent. Study Four contrasted the invention of yaqona/kava ritual in the tourist sector with its embedded symbolic transformation in the contexts of sorcery, healing and chiefly practice.

This work was generalised in a collection co-edited with D. Theodossopoulos called Land, Law and Value: Mythical Lands, Legal Boundaries (Pluto Press 2000) for which I wrote a long theoretical introduction on the difference between land mythically and jurally conceived and on the possible articulations of these two type of land relation.

Future research projects that I should like to conduct and/or supervise in this region might involve focii on both urban and rural transformations of personhood (especially in relation to new religious developments); strategies for the conservation/consolidation of private property (in the context of encroaching kinship relations); adventure and eco-tourism in the islands and interior(s); the social organisation and meaning of sport (especially rugby) in Tonga, Samoa and Fiji.

Theses supervised or co-supervised in this area include:

B. LANDSCAPES OF RISK AND THE EXTREME TRANSFORMATION OF CULTURE  Most recently, this cultural interest in land, death and value has turned, historically and ethnographically, to the study of landscapes of risk. In this work, the focus is upon value-production in the context of different forms of extreme engagement with particular features of these landscapes.

The emphasis for Melanesia is ritual: teasing out the ontological and transformative properties of the land-dive (gol) in Vanuatu and kula journeying in the Trobriand Islands. In the mid-modern Imperial West, the study turns to the performative impact of mountaineering, polar exploration and space-travel upon the cosmology of total sovereignty. In later modernity, the focus is upon the deep-play of rock-climbing (where the symbolics of sovereignty turn inwards from Empire to the individual body) whilst, in post-progressive modern contexts, the focus is upon the gravitation of extreme engagement specifically to the spheres of (a) exotic sport (eg cliff-jumping; bungee jumping; free-running/parcours) and (b) mainstream institutions such as charity (jumps, runs and dives) and management training outdoors (which simulate extreme situations to aid the acquisition of 'key skills' and 'personal development').

This research examines the growing extent to which sub-cultures and mainstream institutions (such as outdoor training courses and charity epics) metaphorically mine the extreme as part of a generalised contemporary re-grounding/re-landscaping of all social relations.(ie. heroism, epic and adventure; dangerous games and voluntary risk-taking; individual, collective and imperial ventures).

I am carrying out a brief ethnography of an outdoor training course in a British university.

This is the first step in a comparative study of outdoor training courses in different social sectors (eg higher education; commerce; probation) for which i am applying for research funding.

In this area, I am currently first supervisor to:

I am currently second supervisor to:
Paul Twinn "Carib ethnicity in St.Vincent" (2001/2) 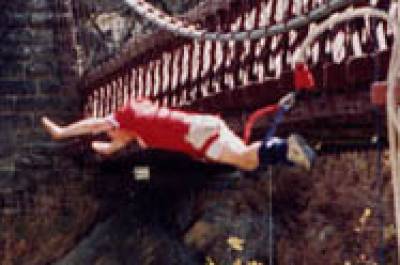 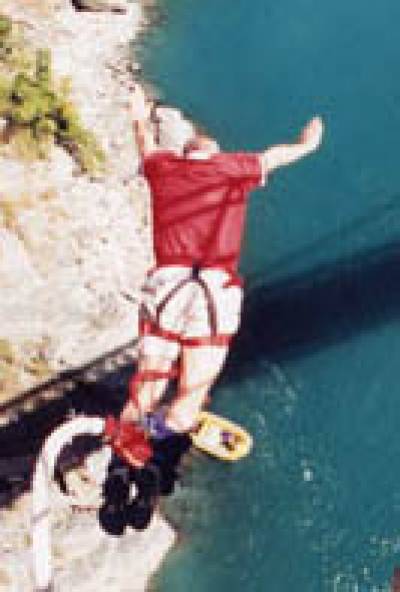