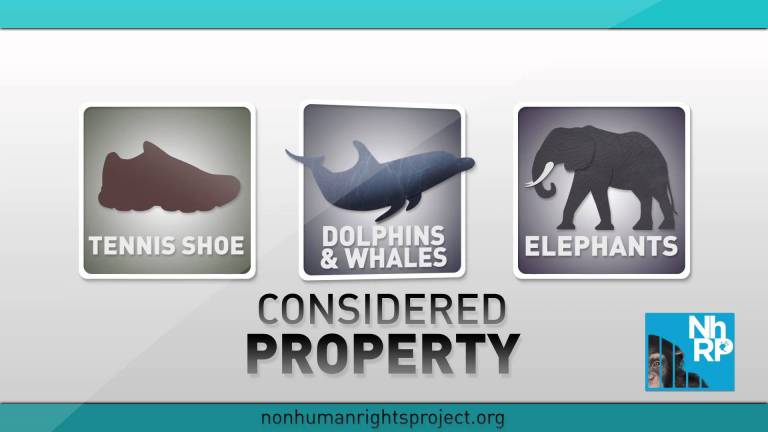 Is a chimpanzee a thing or a person? Is an orangutan an item of property or a being with legal rights?

Around the globe, lawyers, philosophers and scientists have begun arguing such questions. While some say that only humans can hold rights, others want to grant entitlements to non-humans, too.

Evolutionary anthropologist Volker Sommer follows this current controversy about the question of who should belong to the legal "community of equals".

Most recently in November 2016 a judge in Argentina ruled that a captive chimpanzee called Cecilia was a "being" and so her "non-human rights" should be recognized. In the United States, Steven Wise of the Non-Human Rights Project has been leading a high-profile court case on behalf of chimpanzees held under appalling conditions - applying the writ of habeas corpus, which was used in the 18th century to free James Somerset, an enslaved African. But Steven and his team are not just focusing on apes. We join them in New York as they plan their next court case, filing on behalf of an elephant.

Volker Sommer takes us on a philosophical and scientific journey from the wilderness to the laboratory to the courtroom, following what might be the dawn of a new era of inclusivity.