The year 2017 has seen a global pattern of, on the one hand, reentrenchment of now familiar techniques of technocratic governance as well as, on the other, "anti-establishment" electoral upsets.

While a number of anthropological conversations have coalesced examining the connections between these phenomena, this reading group will focus on how these and associated social fractures and fractals concern the meanings and makings of "markets," particularly as these are fields through which definitions of insider and outsider are delineated and embodied, valuables and resources are named and acquired, and moralities of exchange are negotiated, assumed, and/or imposed.

The anthropologists involved in the conversations focused on here have routinely crossed the divide between "up the anthropologist" (Nader) and more "traditional" milleus of fieldwork, but we begin with work among "elites" to foreground the contested and "cultural" character of technocratic management, which has often been characterized as "hollowing out" (Strathern) and "flattening" its others. In seeking to further develop on these conversations, we ask: How do we apply these frames beyond "the anthropology of Europe?" Should we designate some of what we are describing as "fascist" and some as "feminist?" How are ethnographic practice and other research methodologies implicated in these processes, and what other approaches might we develop?

Alexandra OUROUSSOFF, Wall Street at War: The Secret Struggle for the Global Economy

Morten PEDERSEN, "The politics of paradox: Kierkegaardian theology and national conservatism in Denmark."

Carol J. GREENHOUSE, The Paradox of Relevance: Ethnography and Citizenship in the United States

(in the case of monographs, we will focus on chapters or other excerpts of similar length)

6  April 2017 - Rebekah Plueckhahn and Lauren Bonilla "The Diverse Economies of Mega-Projects, from an Anthropological Perspective", 13th annual Mongolia Development Forum, hosted by the European Bank of Reconstruction and Development

Second week of November: the project's 10 researchers will undertake a formal visit to Oyu Tolgoi and Energy Resources, large mine sites in the Gobi desert

11 October 2016 - The Emerging Subjects group were invited to a meeting at the Foreign and Commonwealth Office to discuss their research. 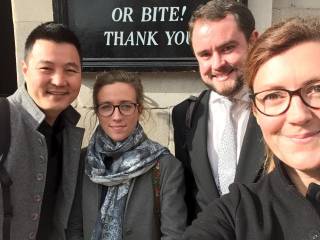 20 October 2016 - Offices of Brown Rudnick, London - Talk by Rebecca Emspson and Bumochir Dulam at the ' Doing Business with Mongolia ' Seminar 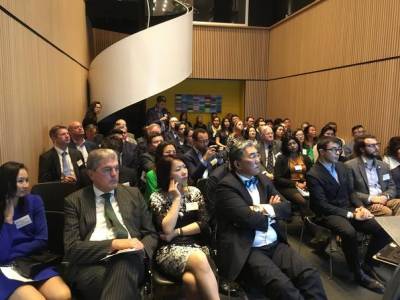 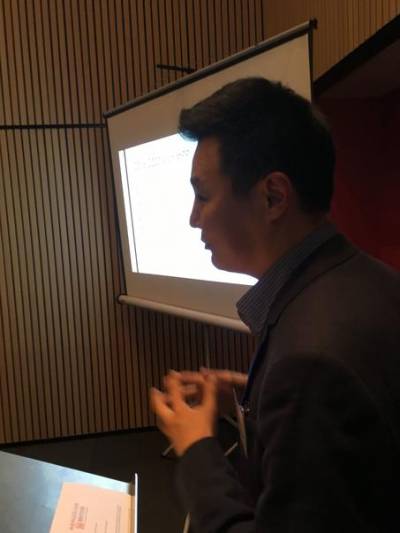 In September the Emerging Subjects team hosted two meetings at UCL with Bill Bikales, author of a recent article on Mongolia's debt for the Wall Street Journal: http://www.wsj.com/articles/mongolia-faces-a-debt-crisis-1470331031 and June Taboroff from the Asian Development Bank, working on the redevelopment of the ger districts in Ulaanbaatar.

The new Inner Asia Journal issue ( Volume 17, Issue 1, 2015) on economy and politics in Inner Asia, co-edited by Rebecca Empson and Professor Caroline Humphrey, has come out.

18 December 2015 - University of Copenhagen. "When the Party was Cancelled: Economic Innovation and Adaptability in Mongolia", Talk by Rebecca Empson
JUNE 2015

09 June 2015 - Department of Anthropology, UCL, Workshop:  Figuring out the Future Emerging subjects and the flux of the economic present cu - rrent Mongolian economy.

16 May 2015 - Department of Social Anthropology, University of Cambridge, Rebecca Empson: An Economy of Temporary Possession

12 May 2015 - University of Cambridge, Mongolian and Inner Asia Studies Unit Lauren Bonilla:  Extractive Atmospheres: Mining, Territory, and the Politics of Dust in the Gobi Desert

20 March 2015 - Marissa Smith (Princeton University) Drinking Together: to Expand and to Risk the Workplace and the Household.

23 February 2015: Blog post "Digital Politics in Mongolia"  by our team for the Material World blog.

DECEMBER 2014
Kirsten Livermore visited UCL Anthropology Department on 10 December 2014.  Kirsten Ivermore was a Federal MP representing an electorate in Queensland (a big mining state) in Australia from 1998-2013.  She also played a leading role in establishing Mongolia-Australian relations around the mining industry and educational development through her chairmanship of the Australia-Mongolia Friendship Group.  Recently, she finished a masters in International Development at LSE.

A Brief Timeline of the Recent Anti-Violence Movement in Mongolia

Mari Valdur is a PhD student at the University of Helsinki, Finland. She is currently carrying out her fieldwork looking at reproductive healthcare, gender and personhood in Ulaanbaatar The Publicity of Non-Global Tragedies While the #MeToo and Time's Up movements elsewhere largely remain linked to the rights of individual women, in Mongolia, the mainstream […]