Jargalsaikhan Dambadarjaa (Jargal) is an independent media person. He is a host of Interview DeFacto on NTV, Eagle and National TV Mongolia http://jargaldefacto.com.

He contributes to public opinion formation in the country through wide range of formal and social media.

He has been working as a Executive in banking and financial institutions, public office and tourism and petroleum sectors. His public works include Mongolians for Fair Taxes and Wise Spending, Mongolian taxpayers' association (President), MONPECC, the Mongolian National Committee for Pacific Economic Cooperation (General Secretary), Chair of Silk Road Foundation, President of Economic club of Ulaanbaatar. He is President of Moscow State University Mongolian Alumni. He served as President of MASA (Mongolian Association of State Alumni).

Badruun Gardi is a civil society leader in Mongolia with a deep interest in issues of national development. He is an advisor, and former executive director, of the Zorig Foundation. Zorig Foundation is a local non-governmental organization that focuses its work on three main areas: good governance, youth and education, and community development. He has previously been an adjunct fellow at the Urban Communities Research Center for Asia at the Kwansei Gakuin University, Japan. Badruun serves on the boards of the Institute of Engineering and Technology, Mongolian Association of State Alumni, and AIESEC Mongolia. He is an alumnus of the Asia Foundation Development Fellowship and the U.S. Department of State's International Visitor Leadership Program. Badruun is a graduate of Stanford University, where he studied Psychology and Communication.

Dashdemberel Ganbold is a lawyer and an attorney. He graduated from the Musical and Dance College, Ulaanbaatar, as a music teacher and later received a bachelor degree in law from Otgon Tenger University, Mongolia. Dashdemberel Ganbold worked as a legal advisor in the Liberty Center, NGO from 2004 to 2006, Ongi River Movement NGO from 2006 to 2008. He has also been serving as a lawyer and advocate in the United Movement of Mongolian Rivers and Lakes (UMMRL) since 2009. Dashdemberel Ganbold drafted the law with the long name and made changes in the law of natural conservation to issue a right to NGOs and citizens to claim the natural damages from responsible people and organizations. 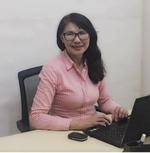 Director of Onon basin Authority, Ministry of Environment, Green Development and Tourism from 2013-2015

Since 2008, Manduul Nyamandeleg has held many positions at the Ministry of Finance, Financila Policy Department. He is currently Head, Financial Markets and Insurance Division. In 2007 he also worked as National Consultant, Public Investment Manager, Ulaanbaatar for the Governance Assistance Project financed by the World Bank to assist government in improving efficiency and effectiveness of public finance management.

A Brief Timeline of the Recent Anti-Violence Movement in Mongolia

Mari Valdur is a PhD student at the University of Helsinki, Finland. She is currently carrying out her fieldwork looking at reproductive healthcare, gender and personhood in Ulaanbaatar The Publicity of Non-Global Tragedies While the #MeToo and Time's Up movements elsewhere largely remain linked to the rights of individual women, in Mongolia, the mainstream […]