I have long been concerned with the relations between science, politics and the environment. As an undergraduate I studied Physics and the History and Philosophy of Science, but also wrote articles for student magazines on the Centre for Alternative Technology in Wales, on an inquiry to develop a nuclear power station on the Suffolk coast (Sizewell B), and on the coming National Mineworkers Union strike. My more recent interest in environmental politics has developed from three specific research projects. The first was a study of the conduct of environmental direct action in the UK in the mid-1990s. This became the focus of a chapter of my book, Political Machines: Governing a Technological Society (2001). The second was a project on the development of interdisciplinary research on climate change, which led to a broader analysis of forms of research that cut across the distinction between the natural and social sciences. This research established the background to an edited volume (with Georgina Born), Interdisciplinarity: Reconfigurations of the Social and Natural Sciences. A third project focused on the political geography of the Baku-Tbilisi-Ceyhan oil pipeline, and led to the publication of a book, Material Politics: Disputes along the Pipeline (2013), as well as an on-going interest in the geo and environmental politics of the Caucasus in particular, and in geopolitical events more broadly. 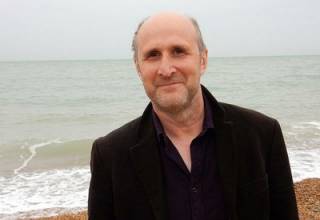