Lecturer in US History

Chair of Undergraduate Board of Examiners

Zoe is a historian of the United States with a particular focus on race and class in the nineteenth- and twentieth-century American South. Born and raised in St Albans, she embarked on an American Studies degree at the University of Sussex and her interest in US history was solidified during a wonderful year spent studying at UC San Diego as an exchange student. Before joining UCL's Institute of the Americas in September 2016, Zoe spent two years as lecturer in US history at Queen's University Belfast. She has previously held teaching positions at the University of Sussex, where she completed her PhD in 2012.

Zoe is a scholar of modern transnational American history. Her current research focuses on twentieth century American race relations, segregation, right-wing politics, racial violence and the ways in which movements for and against racial reform in the United States took inspiration from global events and influenced similar movements elsewhere.

She is currently working towards the completion of a monograph entitled 'Partnerships of Supremacy: American Segregationist Ideology and White Southern Africa, 1948-1975'. This research explores the links between American segregationists, white supremacists and anti-communists and their pro-apartheid counterparts in South Africa and Rhodesia during the Cold War.

A second research project titled 'Living on the Edge: State Borderlands in the American South' stems from Zoe's broader interest in the intersection of race, politics and society in the South since the Civil War. It explores the historical and cultural experience of people who live at the periphery of their state, often spanning lines that historically straddled slavery and freedom, Union and Confederacy and, more recently, raise questions about state identity, economics and politics.

AMER0050 The Making of Modern America: The United States since 1920

AMER0032 From the New South to the Modern South: The (Re)Making of an American Region

AMER0034 From Slavery to Freedom? Race, Class, Gender and Union in the Nineteenth Century United States

I would be pleased to hear from prospective postgraduate students working on topics related to transnational American history and nineteenth/twentieth-century race relations, racial violence, and the American civil rights movement. 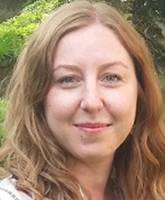