What is social media?

Is it the platforms?

Our evidence shows that social media content such as teenagers' arguments or gossip migrate quite easily between platforms, such as from BBM through Facebook to Twitter, or from Orkut to Facebook. The same platform can be used for entirely different types of content. So, platforms are where content is published but they do little to explain what and why we post. 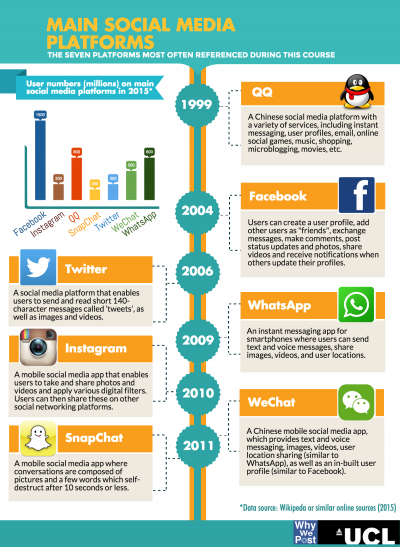 Can we define social media?

We define social media as technology that affords 'scalable sociality'. By this we mean that social media provides greater control in communication over both the degree of privacy and size of group, when compared with previous forms of communications media.

However, this is only one among many possible definitions. Anthropologists are interested in sociality, i.e. how people associate within society. As anthropologists, we suggest that previously media were mainly either private or fully public, but social media consists of platforms which have occupied the spaces between the two. Other disciplines with other concerns will have different definitions. 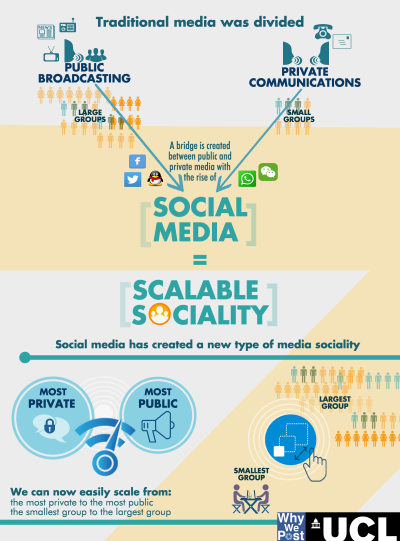 Ultimately it is you, not us, who decide what social media is.

We did not choose the term 'social media', or before that 'social networking sites'. But anthropology follows the terms and behaviour of the people we study. Our terms and approaches will continue to change as social media evolves and will reflect different uses across different societies.