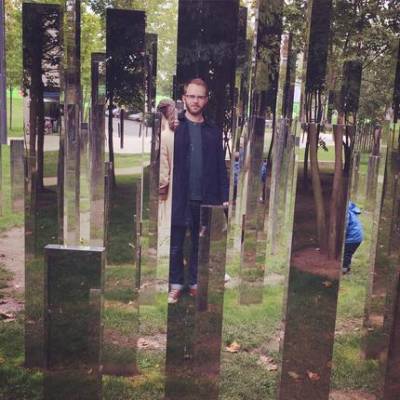 Alex Pavey is a final-year PhD candidate in the UCL English Department, and completed his MA in Philosophy and Literature at the University of Warwick. His PhD thesis analyses Los Angeles narratives of disorientation. This research draws on urban theory, municipal history and criminology, and is informed by recent work in mobility studies and sound studies.

His broader research interests are the twentieth-century city in film and literature, narratives of crime and detection, and cultural representations of new technologies and media. He has articles published or forthcoming on Raymond Chandler and David Lynch, and on Bergsonism in Aldous Huxley.

This research project analyses Los Angeles in literature and film from World War II to the early 21st century. It is particularly concerned with representations of urban space as a complex topography of territorial borders and boundaries, and with how these spatial networks are shown to impact upon individual psychology and mobility. If purposeful movement and action depends upon successful orientation, then what is at stake in the depictions of disorientation that occur so frequently in Los Angeles fiction and cinema, and how do they relate to the history and geography of the city?