What are the legacies and lessons of London 2012? Interrogating a decade of ‘Olympic Regeneration’ in east London. Open Call. 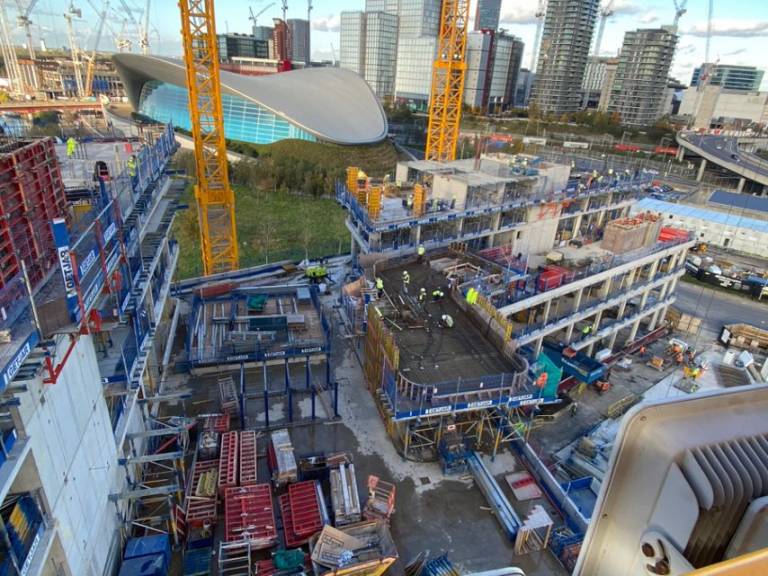 2022 marks the 10th anniversary of the London 2012 Olympic Games. The Bartlett’s UCL Urban Laboratory and Institute for Global Prosperity (IGP) in collaboration with the University of East London, Cardiff University (Welsh School of Architecture) and Oxford Brookes University, are organising a conference on Monday 12th and Tuesday 13th September 2022 at venues in and around the Queen Elizabeth Olympic Park, London E20, to interrogate and critically reflect on London’s Olympic and Paralympic legacy in the post-games period, from social and spatial justice perspectives.

Following a decade of planned regeneration, it is our intention to analyse its effects in the context of longer processes of social, economic, and physical transformation in east London over the last 40 years and explore the changing urban political imaginaries and policy agendas that have shaped approaches to regeneration practice and research during that time. The goals are:

a)  to critically analyse regeneration policies, impacts, and research in east London before and after the Olympics, foregrounding a variety of voices and perspectives on transformative processes from the redevelopment of London’s Docklands in the 1990s to the various phases of Olympic regeneration, and plans for the future redevelopment of Silvertown and the Royal Docks.

b) to identify evidence-based lessons relevant to future urban planning and regeneration in the UK including the levelling up agenda, and other Olympic host cities including Paris 2024.

The programme for the conference events will be organised around, and inclusive of, a range of formats, from research papers and presentations, to film, storytelling and visual media, and question and answer style sessions.   Conference attendance is free of charge, and for those unable to attend in person there will be an opportunity to make an online contribution.  Contributions from community-based researchers, civil society organisations, policy researchers, professional urbanists, and creative practitioners, as well as academics from different disciplines and at various career stages, are strongly encouraged in response to, but not limited to, the following themes:

We invite prospective participants to submit proposals for contributions in a variety of formats, e.g., visual/textual/performance-led etc.

Submit your idea via the online form.

For further information and any queries, please contact: Penny Bernstock on p.bernstock@ucl.ac.uk