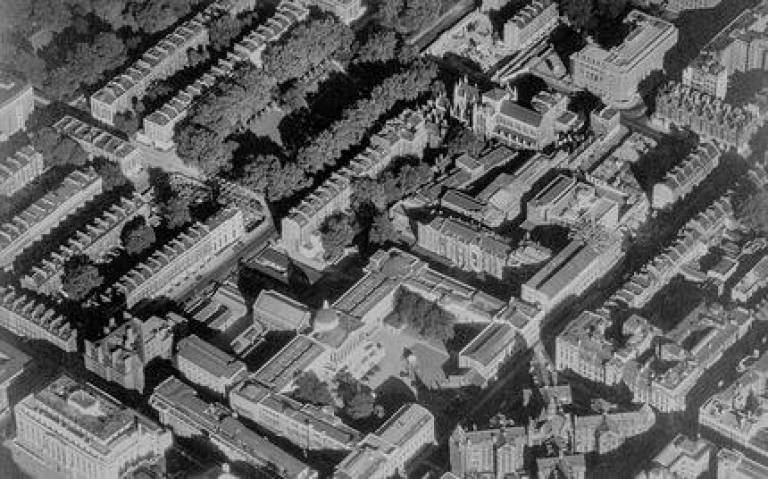 Please find below more details about the background; workshops aims; expected outcomes for participants; and funding.

Background
The term 'infrastructure' is now so commonly used it is often taken for granted, both in everyday English and academic literature. Yet, the origins of this fairly 'young' word - which took its present meaning in English in 1951 (Carse, 2017) - are full of interrogations: its etymology, the politics of its emergence, the professional networks that embraced it, the social imagination (Picon, 2018) emerging from and attached to it, remain understudied and would benefit from a sharper intellectual critique.

Infrastructure generally describes the basic physical and organization structures and facilities (e.g. buildings, roads, power supplies) needed for the operation of a society or enterprise, according to the Oxford Dictionary. This definition, both generous and fuzzy, captures the richness of a concept that has so vividly stroke a chord in our collective imagination. The vastness of the concept of 'infrastructure' is such that for Harvey et al. "a definitive definition remains elusive" and even more: "the aspiration to unequivocal specification can be seen as itself conceptually and empirically counter-productive" (2017: 5). Indeed, in the last twenty years or so, social science has engaged critically with the concept thanks to key works such as Latour (1993), Star (1999), Graham and Marvin (2001) by studying infrastructure as complex networks formed of interrelations between social practices and inanimate "things". Contrasting with western centric and modernist urban visions of seamless infrastructural developments, critical scholarship has emphasised the importance of interruptions, maintenance and repair as key characteristics of urban infrastructure networks in much of the world (e.g. Coutard and Rutherford, 2016, Alda-Vidal, 2018, Baptista, 2019). A wealth of ethnographic and transdisciplinary works -such as Amin (2014), Hall et al. (2017), Björkman and Harris (2018) to mention but a few- have also expanded on the notion of "people as infrastructure" (Simone, 2004).

Workshop Aims
This workshop seeks to reflect on the historical developments that have underpinned the mutation of different 'infrastructural imagination' mobilised to make sense of urban life (past, present and future) and to inform spatial practices. We invite contributions exploring the follow questions

Participants are invited to present works that reflects on these themes from different geographical vantage points and adopting a historical perspective.

Submitting your abstract
If you are interested in taking part, send your abstract to the workshop organisers by the extended deadline of 7 March 2019:

Due to room capacity, the workshop will only be able to accommodate 20 participants. Selected abstracts will be notified early March.

Funding
UCL Urban Laboratory is offering five travel bursaries for non-London participants who cannot secure financial support from their host institution. Please mention in the email if you wish to be considered for such support and confirm that your host institution cannot provide such support.