Counterspeculations audiotour of the City of London launched

Welcome to the Counterspeculations audiotour, an interactive walking guide to the City of London, the square mile of England's capital known for centuries as a hub for the development of finance capital. 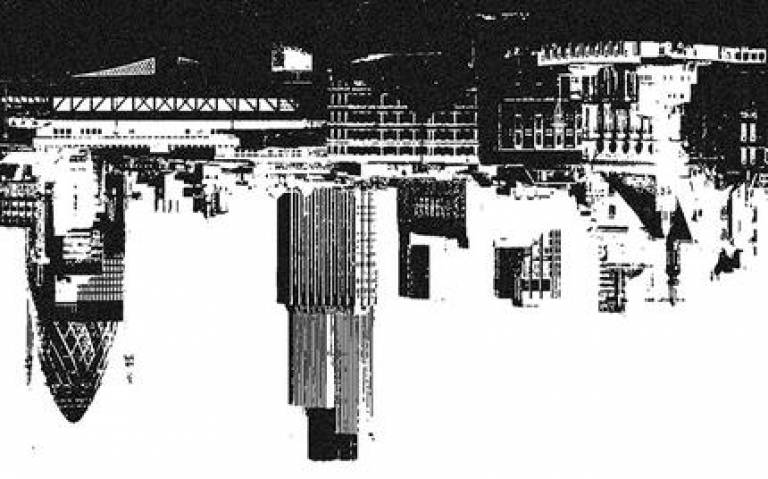 This tour and the audio you will hear is based on an walking event held in The City on April 14, 2018, organized by Dr Aris Komporozos-Athanasiou and Dr Max Haiven with over 15 speakers who, collectively, mapped out some contours of the history and present of "financialization" through the navigation of these historic streets.

This audiotour has been prepared thanks to the support of University College London Urban Laboratory and the ReImagining Value Action Lab (RiVAL) based at Lakehead University, Canada.

This interactive Google Map can be navigated on your smartphone. Just select the tour locations and follow the Soundcloud links to listen to a roughly 15-minute presentation at each station. Alternatively, download the audio to your smartphone via the file links of the podcast below and take them with you.

Below, you can find links to the audio from each individual section of the tour, which you can download or stream. You can also listen to them all on Soundcloud at the following link: https://soundcloud.com/uclurbanlab/sets/counterspeculations/

Read articles from the contributors

Many of the scholars whose voices you can hear in the podcast have prepared short articles for the Counterspeculations section of Public Seminar, the online platform for the New School for Social Research in New York. This section was edited by Dr. Aris Komporozos-Athanasiou and Dr. Max Haiven. It can be found at the following link: http://www.publicseminar.org/category/verticals/imaginal-politics/counterspeculations/

Two presenters who contributed to the CoiunterSpeculations project, but whom we could not include in the audiotour, have prepared work that can be viewed online

On April 14, a temporary assembly of activists, artists and interdisciplinary academics drifted together through the City of London to explore the intersections of finance and the imagination in the historic district of English (and global) wealth and power. With over 15 presentations on topics ranging from algorithms to architecture, from colonial legacies to anarchist histories, from yoga to children's play, this event sought to understand the speculative powers at work both for and against financialization. Devised in honour of the late theorist of the radical imagination Cornelius Castoriadis, each stop on the tour took the form of a 15-minute informal presentation. Later in the afternoon, the attendees retired to University College London for a panel of artists and critics responding to financialization and a closing conversation.

This audiotour was produced and hosted by UCL's Urban Lab.