Can governments be forces for good when it comes to the design, planning, and management of protected queer spaces at the scale of the city? 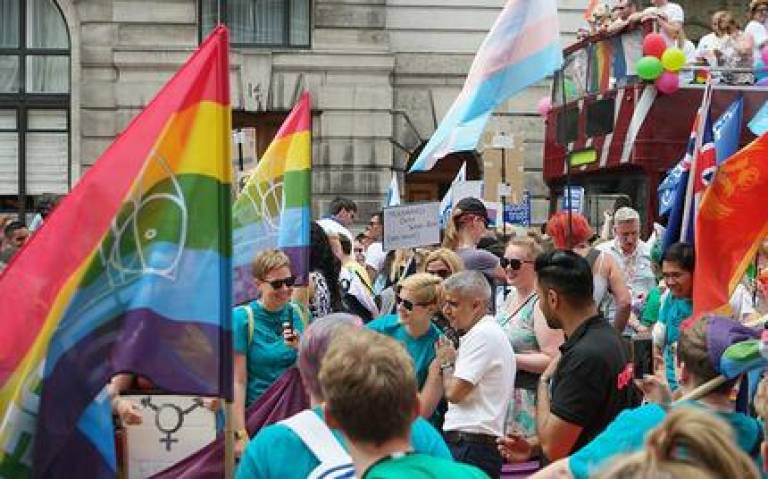 Dr Ben Campkin, Urban Laboratory Co-Director, has contributed an article to the Architectural League of New York publication, Urban Omnibus, as part of a series on queer spaces and activism across the globe.

The essay, 'Queer, New Urban Agendas', outlines some of the most pressing threats to queer spaces across London. Gentrification and displacement pressure local nightlife institutions in particular, but reverberate to spaces well beyond London's bars and clubs, including large-scale infrastructure networks and local community centers. Campkin outlines some of the designs, programmes, and campaigns seeking to address these challenges, organised collaboratively between planners, practitioners, activists, and government officials. In a global political climate with growing movements of socially conservative populism where it's clearer than ever that LGBTQ+ rights are under threat, London can provide one case study of attempts to push back.

Image: Mayor of London Sadiq Khan shakes hands and takes photos with organisers before the Pride in London march in 2017. Photo by Ashley Van Haeften via Flickr