Outlining the global fault lines of the 'slum' narrative

Urban Lab Co-Director Dr Pushpa Arabindoo (Senior Lecturer, UCL Geography) has written an article in The Conversation on the popular representation of 'slums' in the media, and what this signifies for the future of global-level policy initiatives. 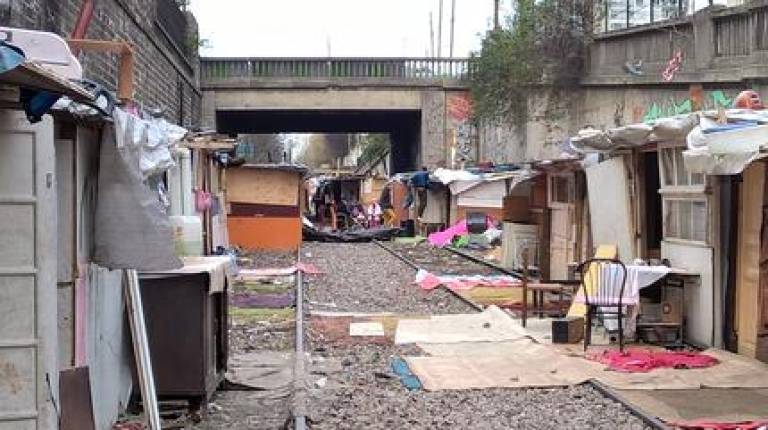 The article refers to a recent Le Monde investigation on evictions in informal settlements in France, pointing to the extent to which slums - a pejorative and debatable term that obliterates a wide range of settlements and meanings across the globe - can increasingly been seen as a shared phenomenon across the global North and global South. Dr Arabindoo calls for a relational rather than an absolute approach to our study of such settlements, of which 'slums' are just one part, and whose frames of reference stretch across the global North and global South.

The article was originally published in French in the bimonthly journal Fellows.

Dr Pushpa Arabindoo is currently a 2017-18 EURIAS Fellow at the Paris Institute of Advanced Studies considering the research project 'Writing the (unknown) city: Ethnographic theorisations of the urban'.

Image: Slum in Paris, by the Pont des Poissonniers. André Feigeles/Wikimedia, CC BY