UCL Urban Laboratory is a partner for the first Architcture Film Festival in London. 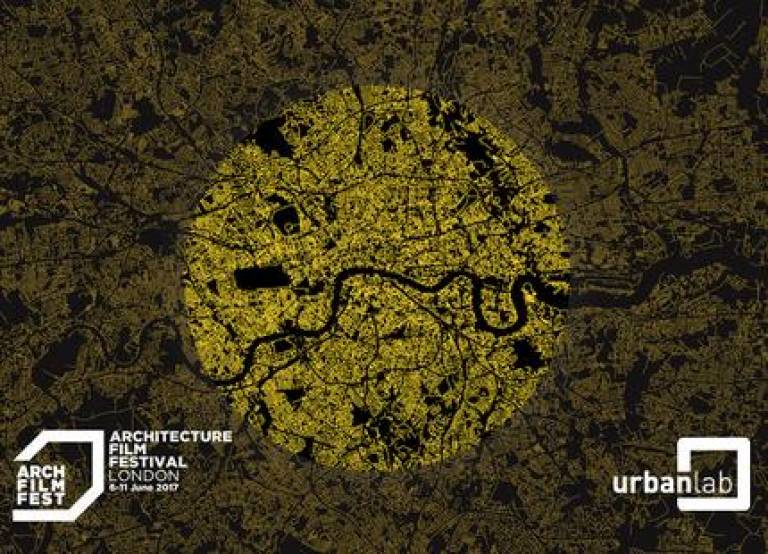 This exciting, new biennial event takes place across six days from 6-11 June, with screenings at the ICA, a takeover of the OXO Tower's Bargehouse venue, and an after-party at Corsica Studios.

Architecture and film are interlocked: both unfold narrative ideas through space and time, taking us to real and virtual worlds; both start with the imagination, and then take on their own reality. Films are set in cities, landscapes and buildings where architecture is a visual shorthand, telling us about characters and plot in an instant, yet a dedicated festival that brings architecture and film together has never before been held in this country.

Urban Lab Films will present two films which explore our sensory interactions with the city's built environment, provoking a deeper understanding of how people are affected by transformative architectural change.

Based on the duration of a single day, the film follows Anders, a recovering drug addict, through the city where he grew up. Intending to get his life back on track, Anders visits an old friend and goes to a job interview, recognising how the world has moved on without him. Focusing on his body, his experiences and health issues, the city is explored as small pockets of intimate spaces, forming a sensitive and final goodbye with a place and its people.

Urban Lab Films say: "The film is a melancholic and psychological wayfinding course around an Oslo reminisced for its lush green spaces and ethereal morning cycle rides. As Andres navigates through this environment in an attempt to reunite with friends and family, memories are witnessed through the prism of an evolving cityscape - one in constant architectural and sociological change and filled with associations and temptations."

The director Joachim Trier and scriptwriter Eskil Vogt will be in discussion with UCL Scandinavian Studies' Dr Claire Thomson following the film.

In partnership with the Royal Norwegian Embassy in London.

Vertical Horizons: In the Shadow of the Shard + Q&A

Produced over a year's artist residency at UCL Urban Laboratory and UCL Geography, this meditative film about Western Europe's tallest building, juxtaposes views of the Shard from different vantage points around South London with contrasting narratives about the building and the filmmaker's own response to living in its shadow.

'In a city I have lived in for 30 years a transformation is occurring. It is at once obvious, in its massive demolition and construction, yet beyond my experience and understanding. It is all too easy to simply identify this change with a new sublime of global capital. Vertical Horizons tries to expand how the Shard, as an event, is grounded in the complexity of the city, our experience and lives within it.'

The film asks questions about the relationship between the individual and the larger global dynamics that are manifesting themselves in the changing landscapes of major cities such as London.

There will be a Q&A with Director Tom Wolseley, and his research material relating to the production of the film will also be on display.