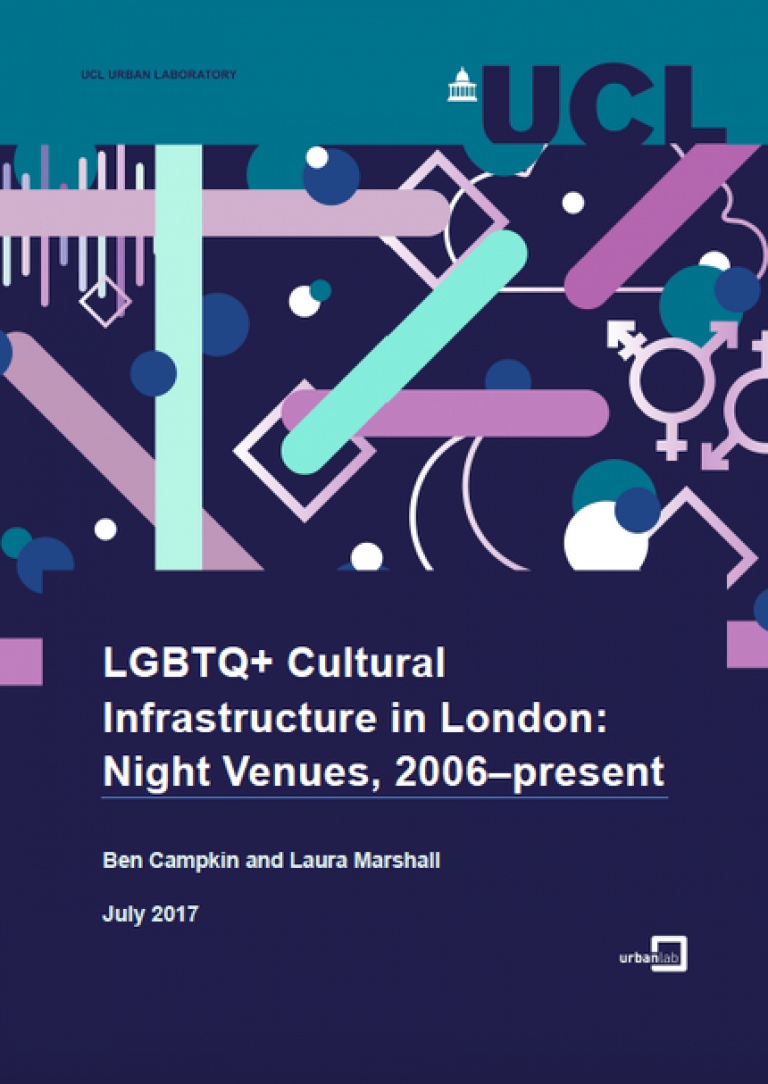 The number of LGBTQ+ venues in London has fallen by 58% from 125 to 53 since 2006, according to a new report published today by the UCL Urban Laboratory, and commissioned by the Mayor of London and Greater London Authority (GLA).

Despite LGBTQ+ venues often being thriving and successful businesses, today's study shows that they are closing because of external pressures. These include the negative impacts of large-scale developments on venue clusters, a lack of implementation of safeguarding measures in the existing planning system and the sale and change of use of property by landlords whereby venue owners, operators and clients have severely limited negotiating power compared with large organisations. Other major drivers of closure include rising business rates and rents, as well as a change of ownership, which can sometimes lead to venues becoming targeted at non-LGBTQ+ clientele.

The study, conducted by Dr Ben Campkin and Laura Marshall, has produced a dataset that is to be launched as a public map by the GLA.

Dr Ben Campkin (Director, UCL Urban Laboratory) said, "Our research evidences the rich variety of LGBTQ+ night-time venues in London and the continuing need for these spaces, which serve an important range of functions for neighbourhood and community life, culture and wellbeing.

"Over the period of the study, a large number of venues have succumbed to changes of use, development, and the inability of operators and customers to defend themselves against rent increases and unfavourable changes to their terms of lease. Looking at the fine-grain, women's and BAME-specific LGBTQ+ spaces, already under-represented, have been disproportionately affected. There is an ongoing lack of established premises run by and for women, trans people and people of colour - even while there are long-standing and new events that move from venue to venue and serve important social functions for these groups.

"The qualitative and quantitative evidence we have collated disputes unsubstantiated but often repeated claims that LGBTQ+ spaces are no longer needed, or have been replaced by digital apps, which tend only to serve small sections of these communities. Where they have survived, LGBTQ+ spaces are extremely valuable - addressing quite different needs to 'LGBTQ+ friendly' spaces - and the consequences of closures are acutely felt."

In response to the research, The Mayor of London, Sadiq Khan, has announced a series of initial measures to help stem the flow of closures, including:

Commenting on the report, the Mayor said that the figures showed that ''urgent action'' was needed and that he will do all he can ''to halt the closures of these precious venues and encourage others to open."

London has suffered several high-profile LGBTQ+ venue losses over recent years, including The Black Cap in Camden, The Joiner's Arms in Tower Hamlets and The Queen's Head in Chelsea.