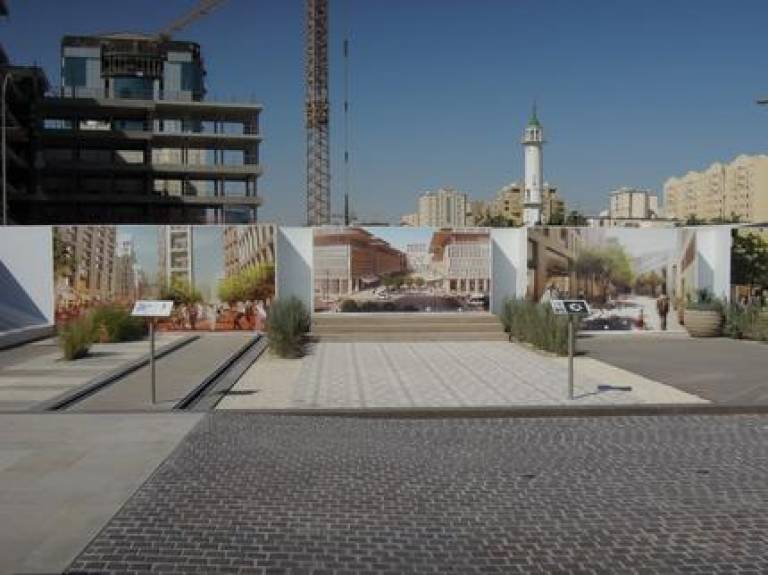 "The Real Modernity that Is Here": Understanding the Role of Digital Visualisations in the Production of a New Urban Imaginary at Msheireb Downtown, Doha appears in the August issue of the journal, and the prize was announced on Thursday 17 November by the Society for Urban, National, and Transnational/Global Anthropology (SUNTA) at the American Anthropological Association annual conference in Minnesota.

Melhuish et al's paper examines the role played by digital visualisations in the development, communication and materialisation of a large-scale urban development project, Msheireb Downtown, in Doha, Qatar. It is based on ethnographic research data collected by Melhuish in the architects' and clients' offices in London, Liverpool, and Doha, in 2012. During the course of the research she made numerous fieldtrips to Doha, a city in the process of an accelerated transformation designed to re-position it as "an autonomous, postcolonial, urban hub in a network of world cities" (226). The paper describes the context for this ongoing transformation, and examines how the design code and architectural proposals developed for the flagship Msheireb development, through the medium of digital visualisations, "inter-reference a mix of European, American, and traditional Qatari architectural and urban features" (236). The paper argues that the renewal project is an attempt to move away from Western-influenced urbanism and toward a more "hybrid postcolonial urban aesthetic" (241), which is enabled by digital visualising technologies.

The prize-winning paper represents one in a trio of co-authored publications by urban anthropologist Dr Clare Melhuish, cultural geographer Professor Gillian Rose (The Open University), and cultural sociologist Dr Monica Degen (Brunel), who formed the cross-disciplinary research team working on the ESRC-funded research project led by Prof Rose: 'Architectural atmospheres, branding and the social: the impact of digital visualising technologies on contemporary architectural practice' (Grant No. RES-062-23-3305). Each paper represents the specific disciplinary interests and expertise of its lead author, while demonstrating the benefits of collaborative exchange and a transdisiplinary outlook, as developed by the team over the course of the two-year programme (2011-2013).

City & Society has been published by SUNTA since 1987, and publishes work that engages with contemporary urban issues and theories of urban change through rich ethnographic material, with an increasing focus on the cities of the global south. It draws directly on, and seeks to develop, the tradition of urban anthropology established by the Chicago School.