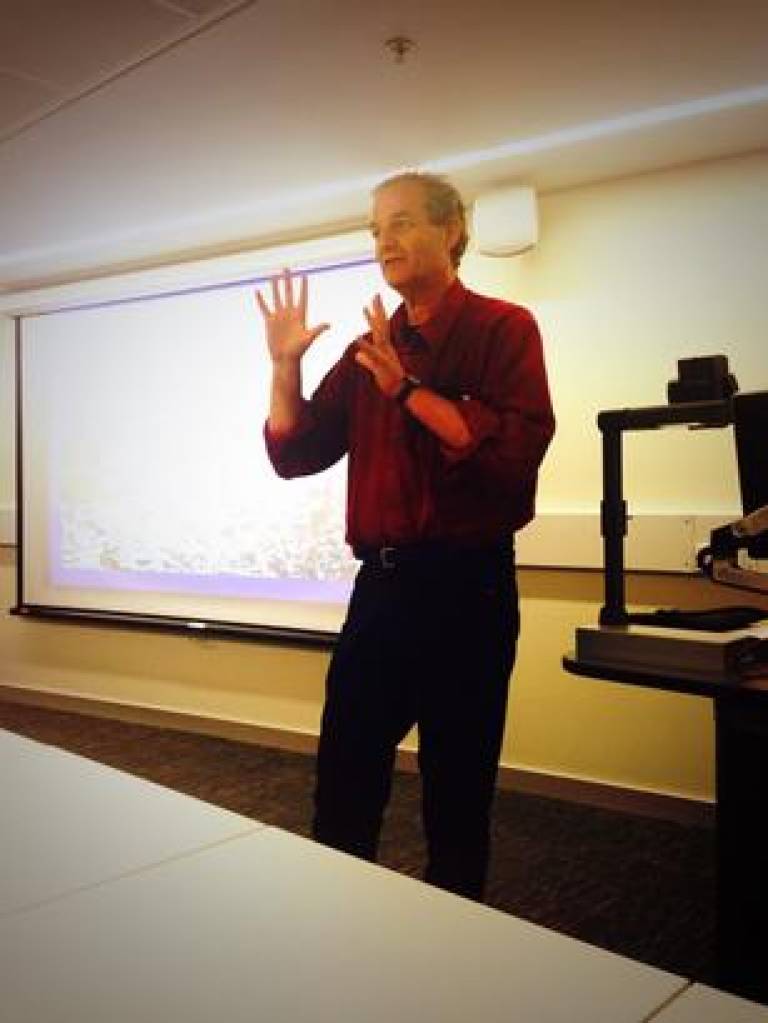 Professor Oren Yiftachel (Ben-Gurion University, Israel) visited UCL on January 30th to deliver the CITY Journal and UCL Urban Laboratory lecture. His talk titled 'Gray Space and the New Urban Regime: Between Liberalism and a Creeping Apartheid', focused on the causes of what he terms as 'gray spaces' - the unregulated urbanisation of people who are neither integrated into nor eliminated from society, are on the fringes and grey areas of legality and at the will of metropolitan politics.

Introduced by editor-in-chief of CITY Journal, Bob Catterall, Professor Yiftachel focused largely on the Israel-Palestine region as a site of marginalisation of 'unwanted' communities.  Jerusalem is an obvious metropolitan example of this - once among the most cosmopolitan of world cities, a wall now physically divides it, drawing a line between different groups of people.

Professor Yiftachel explained that this was a wasted opportunity for planners, arguing that the spirit of planning (both in the city and in rural areas) is to make society better. For Palestinians, planning is now seen as an expression of oppression.

He contended that 'wild capitalism' and the growth of socio-political urbanisation were contributing to this creeping apartheid in other cities too, largely in the developing south and east, and to an extent, the west.

The Bedouin village was given as an example of gray spacing's 'permanent temporariness' - the management of unwanted or irremovable communities in a system designed to cater exclusively for the wanted or untameable. Professor Yiftachel presented the case of implementing Israeli metropolitan planning over a Bedouin area which triggered a response from the Bedouin community with a counter-planning initiative. He described unregulated housing projects, largely in the Middle East, as something between the 'lightness' of legality and safety, and the 'darkness' of eviction, destruction and death. He remarked that this shows "we are in neo-colonialism, not post-colonialism."

He concluded by reciting lyrics from an Arab-Israeli rapper Tamer Nafar. Translated from Arabic, it focused on the political situation for gray space ("Cos' the Gov has a wish / Max Arabs on minimum land / And min Jews on max land") and the legal implications ("Yes, my shack never received any approval / But NO, you will not live to see my removal").

Dr. Camillo Boano (Development Planning Unit) acted as a respondent, followed by a brief Q&A with the audience.

For reading on the concept of 'gray space' and the significance of Oren Yiftachel's work, please follow the link for free access to this paper by Marcela Lopes de Souza entitled 'Marxists, libertarians and the city: a necessary debate' (CITY, June 2012, 16.3).

Audio of the lecture is available on Mixcloud.