Urban Laboratory researcher Louis Moreno presented an introductory talk on Professor David Harvey's work prior to a lecture by David Harvey, hosted by the Masters in Research course in Art Theory and Philosophy at Central Saint Martins, on June 25 at 6.00 pm 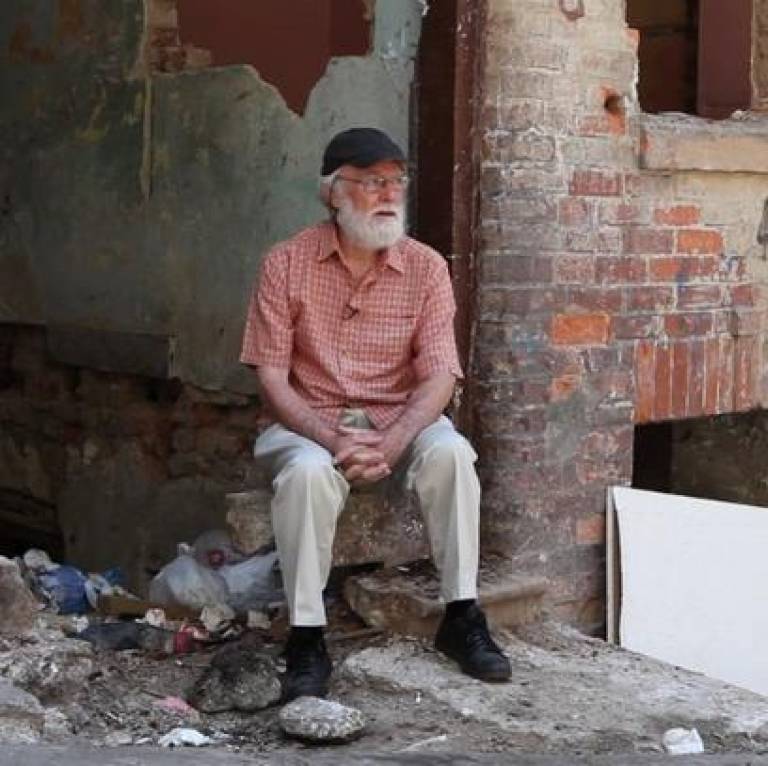 In this lecture drawing on his new 'Seventeen Contradictions and The End of Capitalism' David Harvey explored the way capital works, how systemic contradictions are socially and spatially constructed, and asked whether these contradictions and inequalities generate new political and cultural pathways beyond capitalism.

Over the last four decades Harvey has illuminated a new geographical and cultural understanding of the way capitalism operates. Beyond his extraordinary scholarly contributions however perhaps what is equally remarkable is the public reach of his writing and teaching. David Harvey's recent online lecture courses and interventions not only reassert the legacy of Marx's theory, his work inspires something quite new - a spirit of autodidactism, organic learning and a sense that the public realm is a field of education and political optimism.

Prior to David's talk Louis Moreno of UCL's Urban Laboratory considered some of the ways in which David's body of work provides a fresh starting point for a creative and practical response to a new era of civil unrest and geo-political uncertainty. Following David's talk there was a Q&A chaired by Professor Jeremy Till, Head of Central Saint Martins.

A podcast of the event is available here.