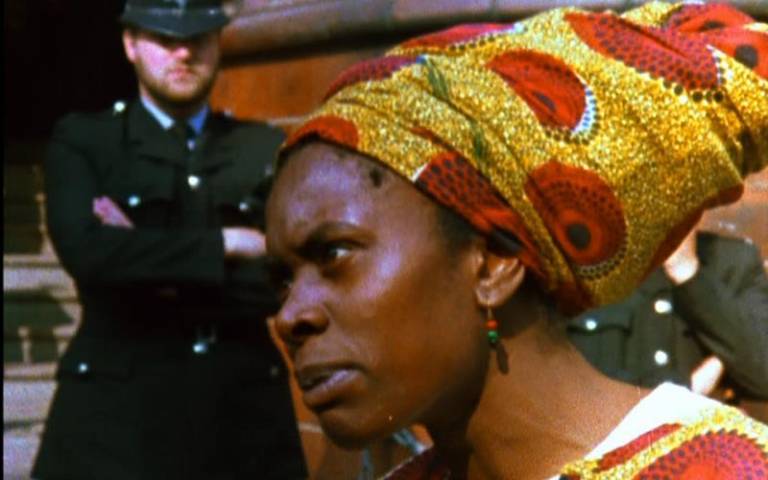 This screening showcases the landmark Handsworth Songs by the Black Audio Film Collective, a richly-layered inquiry into the hopes and dreams of post-war Black British people in the light of civil disturbances in the 1980s. It will be accompanied by two films that take us deep into neighbourhoods that have long been associated with the Black experience in the United Kingdom (Brixton) and the United States (Compton), posing questions around identity, justice and community.

A richly-layered documentary representing the hopes and dreams of post-war black British people in the light of the civil disturbances of the 1980s, Handsworth Songs engages with Britain’s colonial past, public and private memories, and the struggles of race and class. The title refers to the riots in Handsworth, Birmingham during September 1985. The soundtrack is influenced by reggae, punk and the post-industrial noise movement.

Documenting Ghanaian housing activist Dora Boatemah and the Angell Town community in Brixton, London fighting for better housing conditions. Central to Boatemah's work was the right of tenants to vote on the future of their own estates. Dora died in 2001 at the age of 43. View an excerpt.

m.A.A.d. is a lush portrait of contemporary Compton, California; the camera sinuously glides through predominantly African-American neighborhoods, pausing to capture quotidian moments – driving in a car, a marching band, the barbershop – that are suffused with creativity, joy, and sadness.