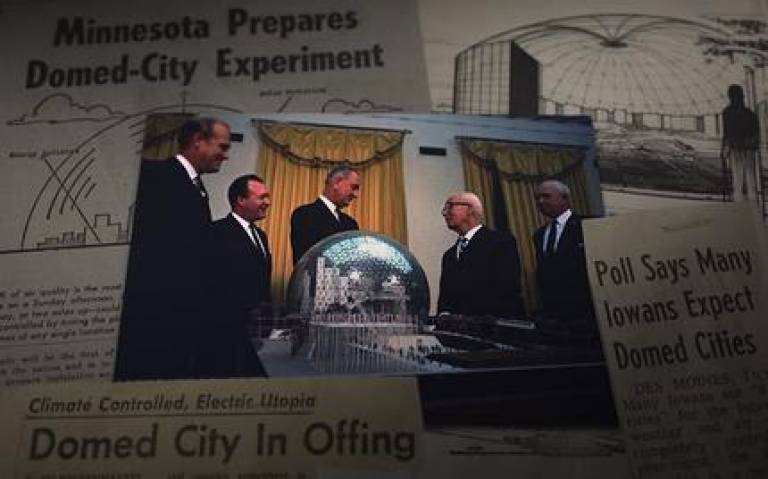 In the 1960s, frustrated by the growing problem of urban pollution, Athelstan Spilhaus, a visionary scientist and futurist comic strip writer, assembled a team of experts to develop a bold experiment: the Minnesota Experimental City (MXC). MXC would be the city of the future, a domed metropolis for 250,000 pioneering residents, built from scratch and using cutting-edge technology to prevent urban sprawl and eradicate the excessive pollution and waste levels typical in contemporary cityscapes.

Spilhaus receives funding and support from high government officials, prominent scientists and political insiders to build MXC, but things didn't quite go as planned, as explored in Chad Friedrichs' (The Pruitt-Igoe Myth) fascinating look back at the would-be city of tomorrow.

The screenings will be followed by a panel including Dr Amy Chambers (Manchester School of Art) and Darran Anderson (author of 'Imaginary Cities'), chaired by Professor Matthew Beaumont (Co-Director, UCL Urban Laboratory).

Students can access discounted tickets for the screening at £6 by applying for a free Curzon Student membership online or at the box office.