Cities After Hours: The Nocturnal City 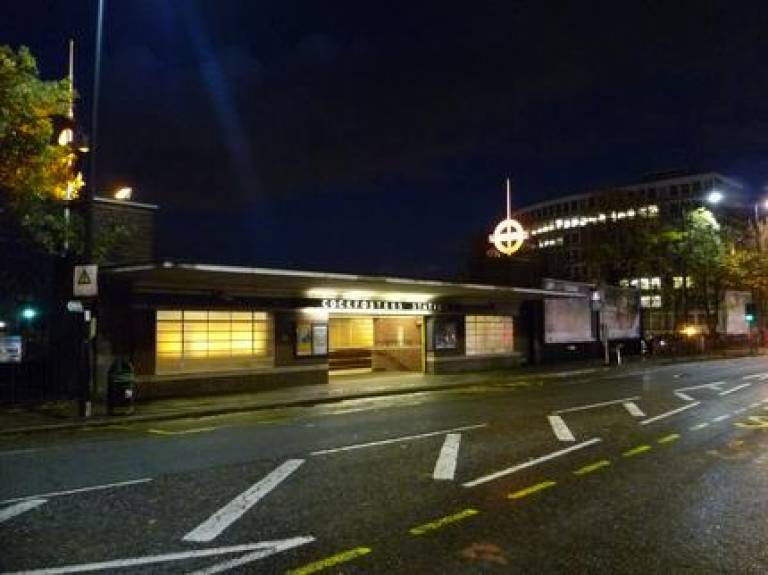 As the notion of London as a 24 hour city is debated and plans for the Night Tube are put into motion, we will consider the way in which cities have been the loci of inclusion and exclusion, policing and controlling, after-hours. RSVP on Eventbrite now.

The historical relevance of the night-time curfew will be considered in relation to contemporary policing of night-time, addressing, for example, the implications of the state of emergency declared in France following the attacks in Paris in November 2015 which allows for the imposition of curfews by the state. The impact on the inhabitants of the city streets after hours will be considered in relation to the increasing use of "hostile architecture" in public spaces.

Professor Sharpe is the author of New York Nocturne: The City after Dark in Literature, Painting and Photography (winner of the Peter S. Rollins Award of the Northeast American Studies Association and the MSA Book Prize of the Modernist Studies Association) and will be introduced by Dr Matthew Beaumont (UCL, English), author of Nightwalking: A Nocturnal History of London.

Following the conference, film director Barnaby Southcombe will present his feature film I, Anna (2012), a noir thriller set in London, followed by a Q&A session with the audience.

The event aims to build on the success of the first Cities After Hours colloquium held in May 2015 at UCL, and to open up participation to a wider audience beyond UCL. You can listen to audio from the first event on Soundcloud.